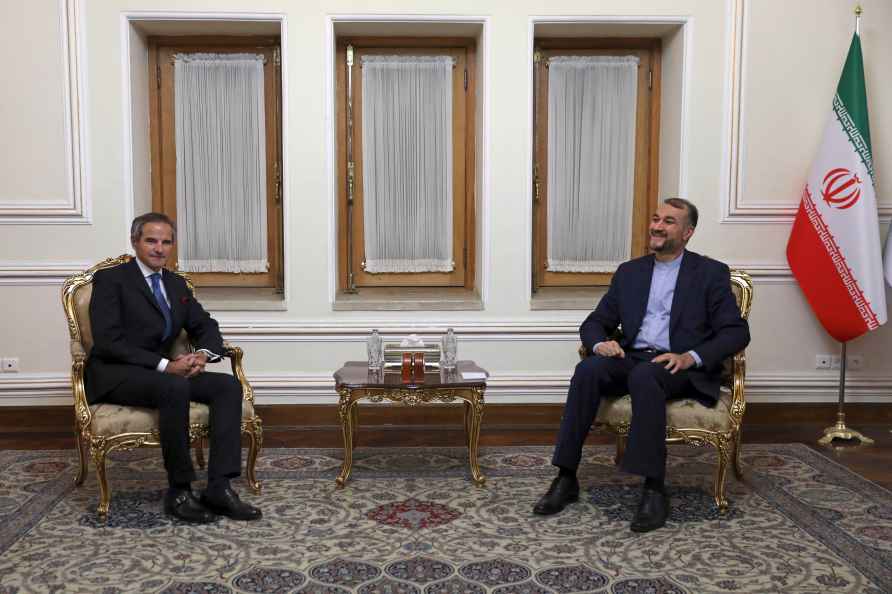 Tehran, Nov 25 : Iranian Foreign Minister Hossein Amir Abdollahian has tweeted that an agreement with the International Atomic Energy Agency (IAEA) is possible, and a meeting will be held soon. Amir Abdollahian said on Wednesday that in "cordial, frank and fruitful" talks he held with IAEA Director General Rafael Grossi in Tehran on Tuesday, they reached "good agreements on continuing cooperation", Xinhua news agency reported. "Yet, to work out a text, we need work on a few words," he added, while warning that "politicisation of technical matters is unproductive." The Iranian foreign minister made the remarks in apparent response to Grossi's comment on his Tehran visit as "inconclusive" at a quarterly meeting of the agency's board, held in Vienna earlier in the day. Grossi travelled to Iran on Monday evening and met Amir Abdollahian and head of the Atomic Energy Organization of Iran Mohammad Eslami on Tuesday over outstanding issues between Iran and the IAEA, including a standoff over the monitoring of activities at the centrifuge parts production site near Karaj, in the run-up to the Vienna nuclear talks scheduled to resume on November 29. /IANS

Union Minister clarifies, says no plan to bring back farm laws
New Delhi, Dec 26 : Two days after his statement in Nagpur snowballed into a controversy, Union Minister for Agriculture and Farmers' Welfare Narendra

Panel formed to decide withdrawal of AFSPA from Nagaland

Kohima, Dec 26 : A committee has been formed to look into the demand of withdrawal of the Armed Forces (Special Powers) Act, 1958 (AFSPA) from Nagaland and the panel would submit its report to the gov […]

London, Dec 26 : Ketamine therapy has a swift short-term effect on reducing symptoms of depression and suicidal thoughts, new research has found. The findings indicated that the strongest eviden […]

Mumbai, Dec 26 : Bollywood actress and politician Bina Kak has taken to her social media account to post her picture with superstar Salman Khan. She also wrote a birthday message for him. Bina i […]