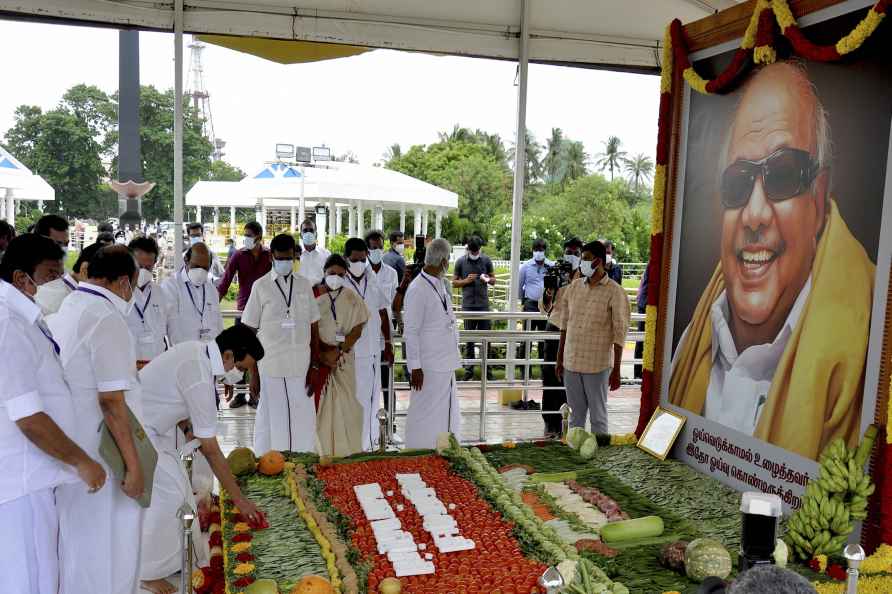 Chennai, Nov 23 : The Tamil Nadu government has signed Memorandum of Understanding (MoU) with 59 companies, which will lead to investments worth Rs 35,208 crore coming into the state. The deals were signed during an investors' meet at Coimbatore, which was presided over by Chief Minister M.K. Stalin. Agreements have been inked with seven companies in the fields of aerospace and defence system manufacturing, and an investment of Rs 485 crore is expected to be generated through this. Stalin said that the deals are an indication that Tamil Nadu is on the right path to become a trillion-dollar economy. He said that despite the challenges of Covid-19 and natural clamaities like rain and its related issues, it is a great moment for Tamil Nadu to attract the investments. The Chief Minister said that it was the third industrial conference in five months, which is a sign of the state government's efforts to promote industrial investment and growth. Stalin also laid the foundation for 13 projects worth Rs 13,413 crore, besides launching commercial production in 10 projects worth Rs 3928 crore. Government officials said that 92,420 people would get employment through these projects. Stalin said that the government is aiming to make the state the fintech capital of the country, as he released a fintech policy. Stalin also released a handbook on aerospace and defence systems. /IANS

Diesel, petrol prices unchanged since Nov 3
New Delhi, Dec 24 : Oil marketing companies have kept the prices of diesel and petrol unchanged across major Indian cities since November 3, when the

For making TN plastic-free state, Stalin govt to go for buyback policy
Chennai, Dec 24 : The Tamil Nadu government is developing a strategy to buyback plastic products and to be set up Reverse Vending machines in associat

Eros Now teams up with Globenet to expand reach in India
New Delhi, Dec 23 : Eros Now, a leading over-the-top (OTT) platform, owned by Eros STX Global Corporation on Thursday announced it has teamed up with

Lauderhill, Dec 25 : The opening One-day International between Ireland and the USA men's team on December 26 has been cancelled due to a positive COVID case in the umpiring team for the matches. […]

Silverado Canyon: Crews work at cutting up a large tree that fell...

Los Angeles, Dec 25 : Actress Freida Pinto shot her new festive film in New York and London "at the height of summer", but the cast were forced to bundle up in warm clothing to make the scenes seem re […]