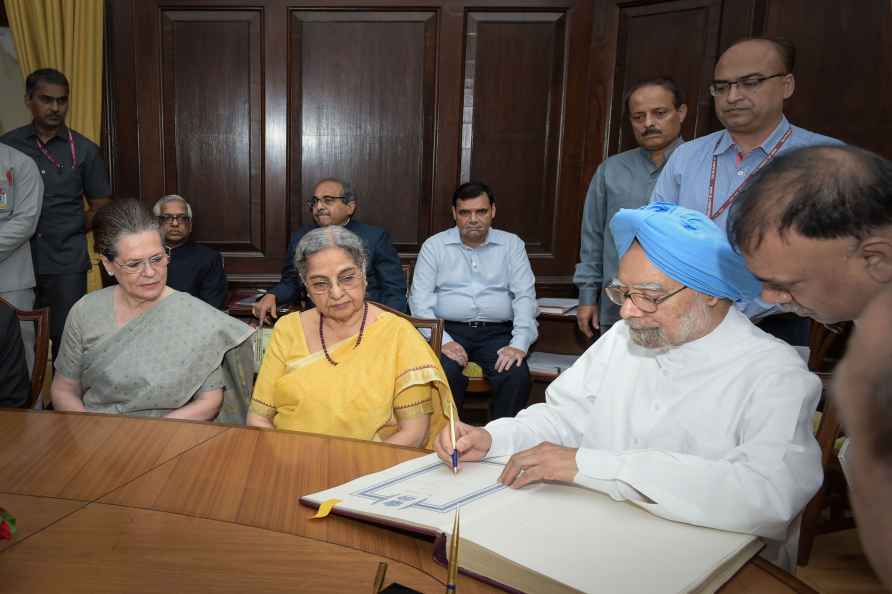 New Delhi, Nov 20 : Hitting out at Punjab Congress chief Navjot Singh Sidhu for addressing Pakistan Prime Minister Imran Khan as his elder brother, cricketer turned politician Gautam Gambhir asked Sidhu to send his son or daughter to the border before calling the head of a terrorist state as big brother. Sidhu made the statement while interacting with the CEO of the Kartarpur project in Pakistan. He was in Kartarpur along with several Punjab cabinet ministers to pay obeisance at Sri Kartarpur Sahib Gurdwara. Sidhu also said he has lots of love for the Pakistan Prime Minister. In a tweet, BJP Lok Sabha member from East Delhi, Gambhir said, "Send your son or daughter to the border and then call a terrorist state head your big brother! #Disgusting #Spineless." Later, Gambhir asked Sidhu to remember that Pakistani terrorists killed more than 40 civilians and jawans in Kashmir in the last one month. "Does Sidhu remember that Pakistani terrorists killed more than 40 of our civilians and jawans in Kashmir in the last one month. We are fighting against terrorism for 70 years with Pakistan. Shame on him. Send your family, sons and daughters to the border to fight and then you will understand the intentions of Pakistan. What can be more shameful than calling the Prime Minister of a terrorist country a big brother," Gambhir said. BJP national general secretary, C.T. Ravi tweeted, "Punjab Congress President Navjot Singh Sidhu calls Terroristan Prime Minister Imran Khan Niazi as BADA BHAI. And they say INC stands for Indian National Congress! Gaddar Congress." Earlier in the day, sharing a video of Sidhu's remark, BJP IT Cell national head Amit Malviya slammed the Congress high-command for favouring 'Pakistan loving Sidhu over veteran Amarinder Singh'. "Rahul Gandhi's favourite Navjot Singh Sidhu calls Pakistan Prime Minister Imran Khan his 'bada bhai'. Last time he had hugged Gen Bajwa, Pakistan Army's Chief, heaped praises. Is it any surprise that the Gandhi siblings chose a Pakistan loving Sidhu over veteran Amarinder Singh," he tweeted. In 2018, Sidhu raked up a controversy when he hugged Pakistan Army Chief General Bajwa during his visit to Pakistan for Imran Khan's oath-taking ceremony. /IANS

New Delhi, Aug 29 : The US space agency on Monday scrubbed the uncrewed Space Launch System (SLS) Moon mission called Artemis I owing to a technical engine glitch. NASA said in a tweet that the […]

New Delhi, Aug 29 : Most of the rape cases have been reported from Rajasthan during 2020 and 2021 from across the country, as per the data released by the National Crime Records Bureau (NCRB). I […]