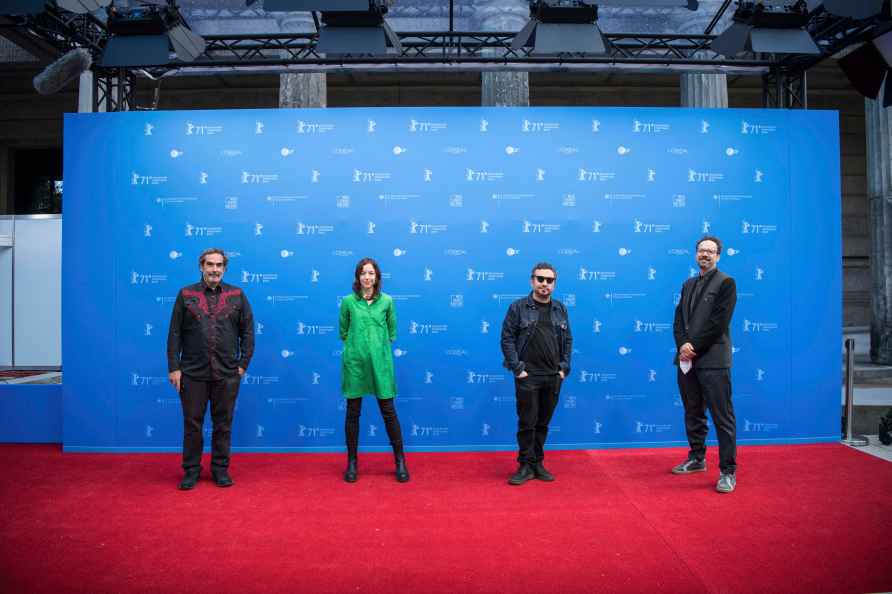 Panaji, Nov 18 : OTT platforms like Netflix, Amazon and others will debut in the 52nd edition of the International Film Festival of India, which gets underway in a hybrid mode in Goa from November 20, organisers said on Thursday. The festival will screen 148 films from 73 countries in the festival's international section, while the 12 world premieres, 26 Asia premieres will also be screened at the event, festival director Chaitanya Prasad said. "For the first time in the history of IFFI, we have major OTT platforms like Netflix, Amazon, Zee 5 and Viacom participating in the festival, with releases, masterclasses and more," Prasad said. 'The King of all the World' (El Rey de Todo El Mundo) directed by Carlos Saura will be the Opening Film and this will also be the film's international premier, while 'The Power of the Dog' directed by Jane Campion, Winner of Best Director at Venice Film Festival will be the mid-fest film, Prasad also said. The opening feature film of Indian Panorama 2021 is Semkhor directed by Aimee Baruah, which is the first ever film to be made in the Dimasa language to be featured at IFFI, Prasad said. Cinema giants Martin Scorsese and Istevan Szabo will also be honoured with the first Satyajit Ray Lifetime Achievement Award, even as the festival will also pay homage to Kannada film actor late Puneet Rajkumar as well as Sir Sean Connery. /IANS

'Water crisis highlighting inequalities within cities, between nations'
By Vishnu Makhijani New Delhi, Dec 20 : Mridula Ramesh, a leading clean-tech angel investor with a portfolio of over 15 startups and who is involved

3 peacocks found dead in UP district
Shahjahanpur (UP), Dec 20 : Three peacocks were found dead while one was found in an unconscious state in a dry pond at a village in the Banda area of

Adelaide, Dec 20 : Jos Buttler is leading England's resistance as Australia now need just two wickets to win the second Ashes Test at the Adelaide Oval. At tea, England are 180/8 in 108 overs with But […]

Colombo, Dec 20 : Colombo Stars' batter Dinesh Chandimal has said that despite making a few mistakes, the team can take plenty of positives from the Lanka Premier League 2021 season. Stars lost […]

New Delhi, Dec 20 : Pakistan Minister for Information and Broadcasting Chaudhry Fawad Hussain says a joint television channel would be set up to promote media links between Islamabad, Turkey and Malay […]

Hemal Dev talks about portraying a layered character in 'Vidrohi'

Mumbai, Dec 20 : Actress Hemal Dev, who plays the role of Kalyani in the historical drama 'Vidrohi', shares about portraying a layered character of a warrior princess. "Kalyani is a very strong […]