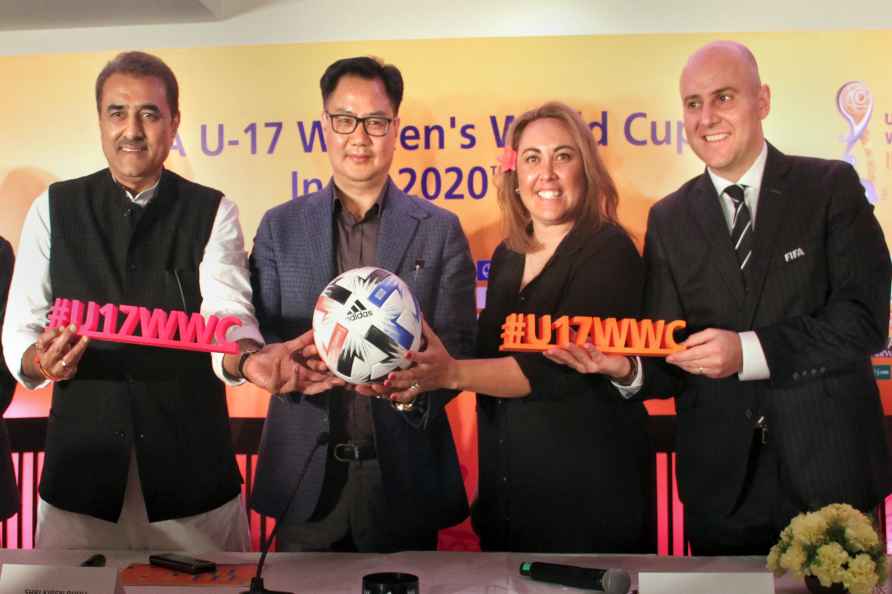 New Delhi, Nov 18 : Head coach Thomas Dennerby on Thursday announced a squad of 23 players that will comprise the Indian women's squad which will travel to Manaus, Brazil, to play in a four-nation tournament also involving hosts Brazil, Chile, and Venezuela. India are preparing for the 2022 Asian Cup competition and will play a match each against Brazil, Chile, and Venezuela as part of their preparations. With the team set to depart on Saturday (November 20), Dennerby announced his squad on Thursday. The coach said that all three matches will be tough as they are against "extremely technical" sides. "Brazil are a really good team. No other team, since I have arrived, has tested our defence as much as Brazil will do next week," said Dennerby. "In the second game, Chile is another extremely technical side, but with all the hard work we have been doing, we have also raised our levels. The game against Venezuela will also be a particularly tough one for us," the coach was quoted as saying by the All India Football Federation (AIFF). The Indian women's team, ranked 57 on the FIFA World Rankings, will face off against World No. 7 Brazil on November 25, Chile (World No. 37) on November 28, and Venezuela (World No. 56) on December 1. The Confederação Brasileira de Desportos (CBF) has already named the full squad for Brazil, which also contains legends of the game like Marta da Silva and Formiga Mota. Dennerby believes that both the veteran Brazilians are brilliant role models for footballers worldwide and that the Indian players are looking forward to playing against them. "They have a very good squad with stars like Marta and Formiga. The girls are all looking forward to it. It's the first time that they will play a team of such stature, and it will be good experience for them all," Dennerby stated. "For sure, when we meet them, we need to thank them for being the role models for football that they have been. They have shown that you don't need to quit football when you are 30-31. It's all about performance and keep playing as long as you can. They are super good role models." While the Indian Women's Team will face some difficult opponents, the players will approach the matches with no fear, said the coach. The squad of 23: Goalkeepers: Aditi Chauhan, M Linthoingambi Devi, Sowmiya Narayasamy; Defenders: Dalima Chhibber, Sweety Devi, Ritu Rani, Ashalata Devi, Manisa Panna, Shilky Devi, Ranjana Chanu, W Linthoingambi Devi; Midfielders: Indumathi Kathiresan, Sanju, Anju Tamang, Martina Thokchom, Karthika Angamuthu, Kamala Devi; Forwards: Manisha Kalyan, Pyari Xaxa, Renu, Dangmei Grace, Soumya Guguloth, Mariyammal Balamurugan. Fixtures: November 25: Brazil vs India November 28: India vs Chile December 1: India vs Venezuela /IANS

New Delhi, Jan 27 : Former Vice President Hamid Ansari and actress Swara Bhaskar participated in an event by IAMC on Republic Day, an organisation which tried to get India blacklisted by the US, Disin […]