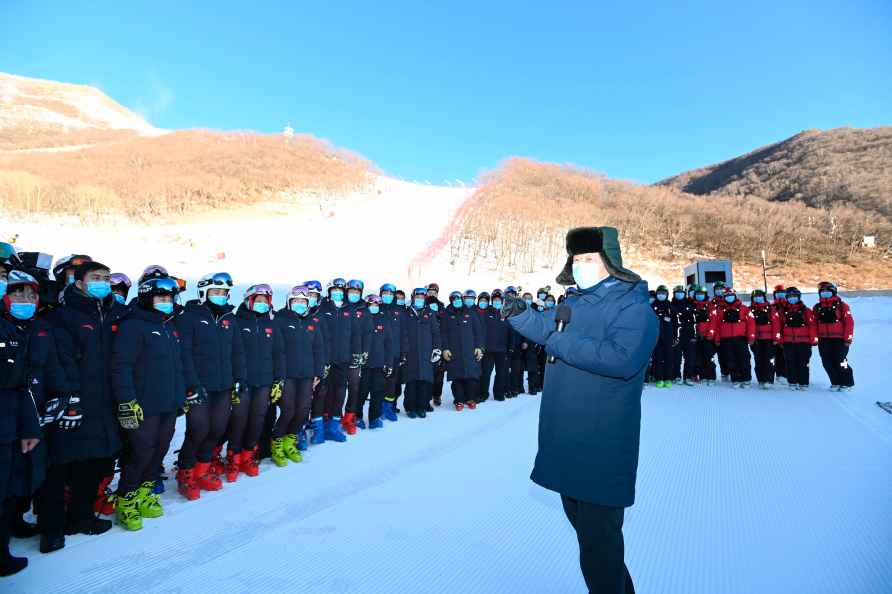 Beijing, Nov 18 : Chinese tech giant Huawei has launched the HarmonyOS powered smart helmet biking helmet 'Helmetphone BH51M Neo' with various features like Bluetooth calling, voice commands, and more. According to GizmoChina, the smart helmet is currently available in China through Huawei VMall for a price of 799 yuan (roughly $125). The helmet supports HarmonyOS connect ecosystem and has HarmonyOS Connect One Touch Tag. Through this OS, the product supports Bluetooth voice calling that can be enabled with a one touch connection process with your smartphone. Apart from protecting the user's head from fall injuries, the helmet also offers LED lights on the front and back as well. Huawei recently announced that more than 150 million devices are now on 'HarmonyOS', making it the fastest-growing OS in history. Huawei officially released the HarmonyOS 2 operating system on June 2. The HarmonyOS powers other smart devices (e.g. TVs) and IoT gadgets, the latest addition (as of an hour ago) is a laser printer. A top Huawei executive in May claimed that HarmonyOS can challenge Google and Apple operating systems. Huawei's App Gallery has reached 420 million users. According to the company, App Gallery is now available in more than 170 countries. In the wake of the US-China trade war, the Chinese giant in August 2020 officially launched HarmonyOS aimed to reduce the company's reliance on Google-developed Android OS. /IANS

Apple's AR/VR headset may launch as early as next year: Report
San Francisco, Dec 19 : Apple is working on the most advanced chips for its unannounced AR/VR headset and now a new report has claimed that the headse

Is 5G detrimental to your health? Only time will tell
[Amsterdam: Crowds of people walk down a street on the last Saturday before Christmas in Amsterdam, the Netherlands, Saturday, Dec. 18, 2021. Dutch go

OxygenOS 12 rollout starts again for OnePlus 9 series
Beijing, Dec 18 : Smartphone brand OnePlus has restarted the rollout of OxygenOS 12 for the OnePlus 9 and 9 Pro. The company said that it concen

Los Angeles, Dec 19 : Actor Tom Holland and another special surprise guest planned to pop in and surprise movie-goers at early evening screenings in Los Angeles was cancelled due to Covid and security […]

Another killing for sacrilege in Punjab, now in Kapurthala