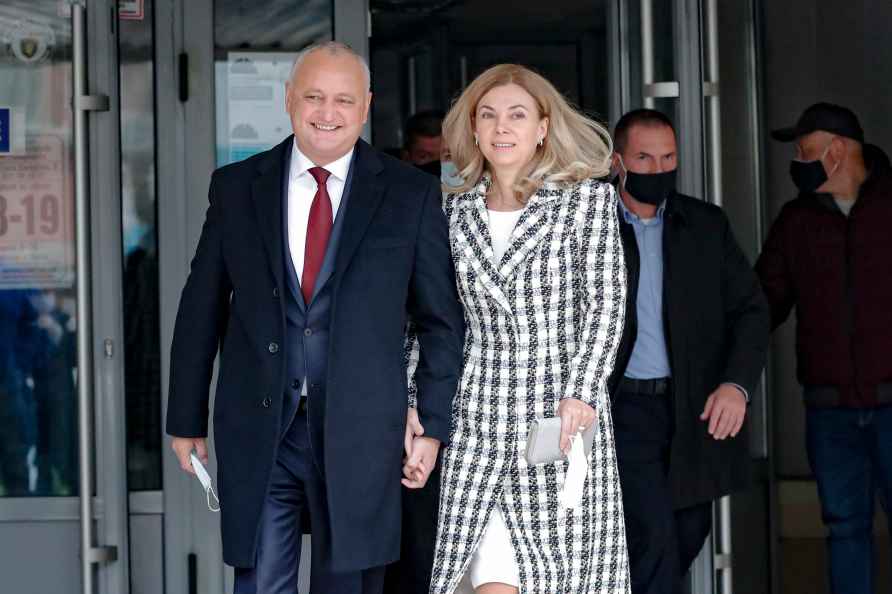 Sofia, Nov 18 : A runoff election on Sunday will elect a new Bulgarian President as none of the candidates in the first round of polls on November 14 receive enough ballots to secure the top office, according to the country's election commission. According to the final results of the first round, the country's incumbent President Rumen Radev received 49.42 per cent of the votes and his rival Anastas Gerdjikov received 22.83 per cent, paving the way for Sunday's runoff, the country's Central Election Commission announced. Radev and Gerdjikov were the top two candidates among 23 contenders. The total number of eligible voters was 6,691,150 but only 2,687,307 cast their ballots, the commission said. No President was elected because fewer than half the number of eligible voters cast a ballot, and none of the candidates received more than half the actual votes cast, the commission said. The runoff winner is the candidate who secures the most votes, with no regard to voter turnout, according to the Bulgarian Constitution. In the first round, 58-year-old Radev was backed by several political formations such as Continue the Change, Bulgarian Socialist Party and There Is Such A People, while his opponent was supported by Bulgaria's centre-right GERB party. The President of Bulgaria is the commander-in-chief of the country's armed forces and has prerogatives such as appointing a caretaker government and dissolving parliament. The President is elected directly by the people for a period of five years. Radev's term will expire at the end of January 2022. /IANS