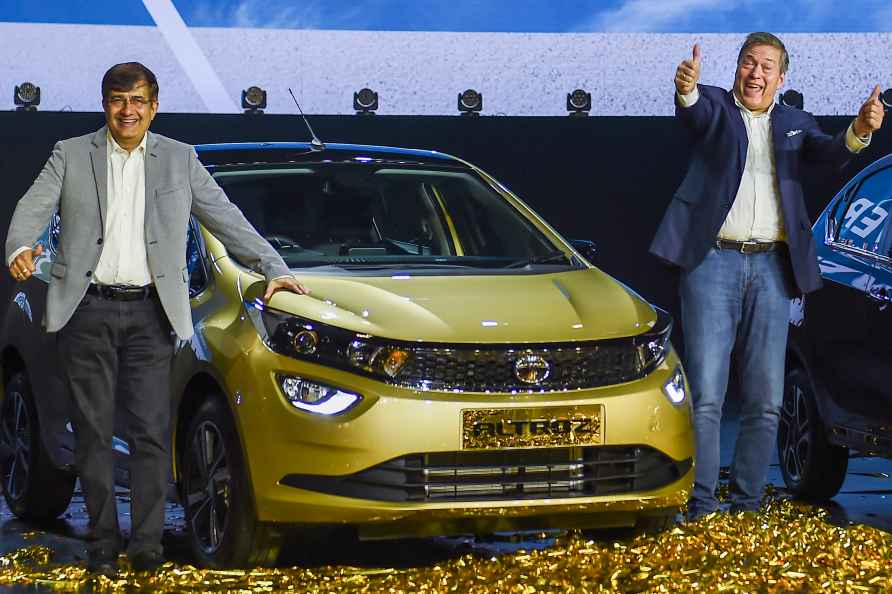 Mumbai, Nov 17 : Automobile major Tata Motors' parent co's as well as DVR stocks are expected to make healthy gains on the back of Centre's push towards electric vehicle-led economy and supporting macro-economic factors. At present, Tata Motors has two listed stocksÂ?Tata Motors ordinary and Tata Motors DVR. The primary difference between the two lies in the voting rights of their respective investors. "Fundamentally we believe steam is still left for Tata Motors DVR and we might see more traction and upside in Tata Motors DVR. I expect more upside in Tata Motors DVR (Differential Voting Rights) compared to Tata Motors as it is available at attractive price and favorable valuations comparatively," said Harsh Patidar, Senior Research Analyst at CapitalVia Global Research. "Tata Motors DVR touched 4 year high and closed at 290.25 on Tuesday from a record low of 28.80 in March 2020 which is close to 10 times." At 1 p.m, the Tata Motors DVR stocks traded at 294.55 rupees, up 1.5 per cent, and the Tata Motors parent company's shares traded at 533 rupees a share, up 2.7 per cent. According to Santosh Meena, Head of Research at Swastika Investmart: "On the upside, it is likely to head towards 325 level on an immediate basis while 351 will be the next target level. Traders are advised to remain long till it trades above its 20-DMA where any dip around 270 will be a great buying opportunity while investors can continue to ride the current bullish momentum as it has potential for 30-40 per cent upside from here." Besides, both the stocks are expected to gain from the leverage of a possible electric vehicles' boom and rising fuel prices bodes well for Tata Motors which has already launched EVs, analysts opined. Tata Motors is one of the major players in the business. It has performed substantially better as far as growth in equity markets is concerned. The company's shares have rallied nearly 180 per cent so far this calendar year. Besides, the Centre's electric push is expected to make its scrip more attractive as the company plans to launch more EVs in the coming years. At the recent conference of parties to the United Nations Framework Convention on Climate Change (UNFCCC) meet, Prime Minister Narendra Modi, declared that India will achieve net zero by 2070, and aims to take the country's energy share through renewable sources to 50 per cent. "I see Tata motors attractive as of current valuations... I believe the stock to cross Rs 650-mark in next few quarters and it is worth holding for mid-to-long term as it might unlock Tata Motor's EV business," Patidar said. According to LKP Securities Senior Research Analyst Ashwin Patil: "Demand for commercial vehicles in domestic markets has gone up with greenshoots visible in the economy. Infrastructure, construction, mining and all these activities are gaining momentum." "That's because the sales of commercial vehicles have been moving up on a sequential basis. That's a very strong signal from the economy which is raising the sales in commercial vehicles." Furthermore, Patil mentioned that the new offerings by the company also seemed to have boosted the momentum. In addition, Rahul Sharma, Co-Founder of Equity99 said: "Considering the current improvements in (semiconductor) chip shortage crises we expect a further good move in this counter." "We remain bullish on this counter and expect a price target of Rs 800 in short to medium term." The company expects demand for electric vehicles to remain strong even as concerns about the supply of semiconductors and high input costs continue, he added. Executive Director at Tata Motors Girish Wagh, post the Q2 FY22 earnings results were declared, said: "We continue to progress our future-fit initiatives of transforming customer experience digitally and strengthening our lead in sustainable mobility." Recently, Tata Motors launched a SUV model 'Tata Punch' with a starting price of Rs 5.49 Lakh (ex-showroom Delhi), whose electric version reportedly would soon be launched in the market. A substantial rise in fuel prices, climate change concerns from internal combustion engines, will typically incentivise new buyers to go for electric vehicles and hence fuel sentiment to the sector, experts added. "Gradual improvement in the Semiconductor shortage issue would set the stage for strong jump in volumes for FY23," said Milan Desai, Lead Equity Analyst at Angel One. "As for the CV business, the company would benefit from rebound in demand after a painful past two years for the overall industry." /IANS

RBI Governor stresses fintech's role as a force multiplier
New Delhi, Sep 20 : RBI Governor Shaktikanta Das in his address to the Global Fintech Fest (GFF) 2022 marked the theme of his talk as 'Fintech as a Fo

For NPOs wanting to get listed, there should be no I-T notice or scrutiny
New Delhi, Sep 20 : Markets regulator SEBI has said that any non-profit organisation (NPO), which wants to get listed, should be registered as a non-p