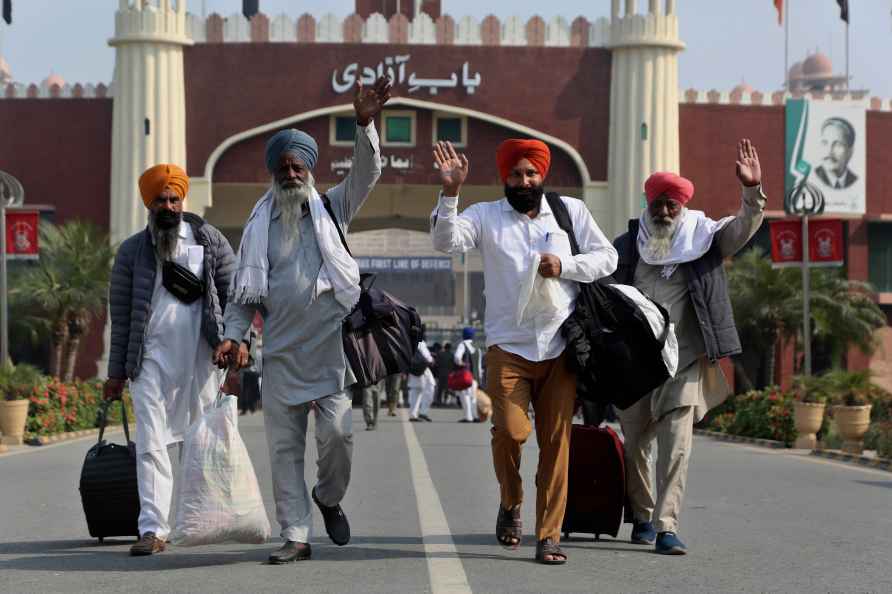 Wagah: Indian Sikh pilgrims wave to journalists while entering Pakistan through the Wagah border crossing point, near Lahore, Pakistan, Wednesday, Nov. 17, 2021. Hundreds of Indian Sikh pilgrims arrived in Pakistan to participate in a festival at Nankana Sahib near Lahore, to celebrate the 552nd birth anniversary of their spiritual leader Baba Guru Nanak, the founder of the Sikh religion. /AP-PTI

**EDS: TO GO WITH STORY** Lucknow: Anil Chauhan, who is cycling from Daman and Diu to spread awareness against single-use plastic, with his two daughters, in Lucknow. ( /PTI […]

Sparkling bright or a dark Diwali? Fireworks industry in suspense

By Venkatachari Jagannathan Chennai, Sep 18 : Is it going to be a sparkling bright or dark Diwali is the question that is being asked by the fireworks industry for the past couple of years. Wi […]

A migrant is rescued by members of the Spanish NGO Open Arms during a rescue operation in the Mediterranean sea early Sunday, Sept. 18, 2022. Around 200 migrants from Syria and Africa countries were r […]