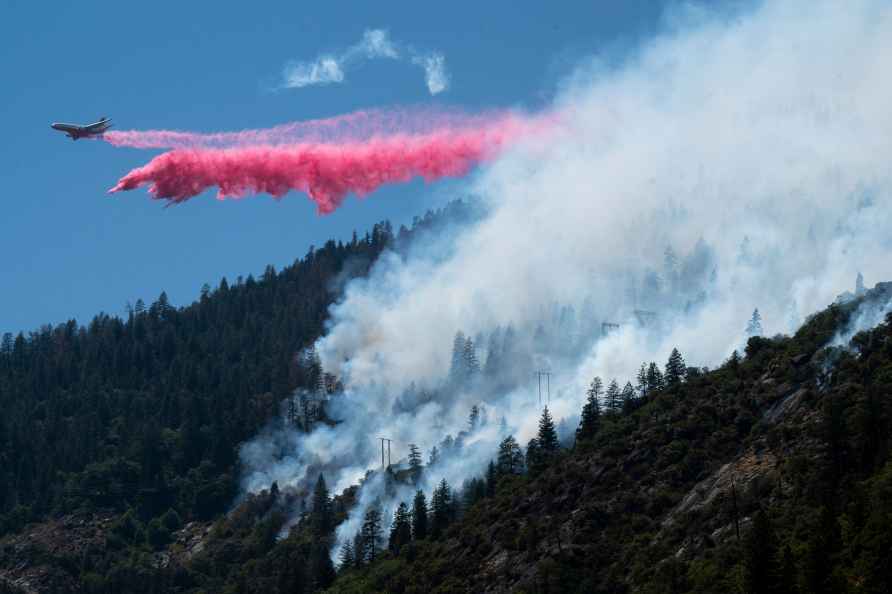 Hyderabad, Nov 17 : Rescue workers on Wednesday pulled out the body of a sixth teenager from the Manair river in Telangana's Sircilla town. Six boys drowned on Monday when they went for a bath in the river. While bodies of five boys were retrieved on Monday and Tuesday, the search was on for Singam Manoj (16). A team of National Disaster Response Force (NDRF), which rushed from Hyderabad, could not trace the body of Manoj till late Tuesday. The team resumed the search on Wednesday morning and was successful in tracing the body. The boys, aged between 13 and 16, had gone for a bath in a check dam on the river. The check dam had breached due to heavy rains in September and the boys apparently thought the waters to be shallow due to the breach. However, the water level proved to be deeper than they anticipated. None of the boys knew swimming. Local officials said due to the breach, sand from the check dam had washed away, leaving a deep ditch. This was where the boys drowned. According to police, a group of nine students from Zilla Parishad High School had gone for a bath. While two sat on the river bank, the other seven went into the water. Only one of them managed to get out as he had not waded too deep. The body of Kolipaka Ganesh (15) was found the same day while bodies of Teegala Ajay (14), Konga Rakesh (15), Jadala Venkata Sai (14) Konga Rakesh (15) and Sriram Kranthi Kumar (14) were recovered on Tuesday. They all belonged to the families of workers. The tragedy plunged the families into gloom. Industry and Information Technology Minister K.T. Rama Rao, who is a member of Assembly from Sircilla, expressed shock over the incident. He had directed officials to send Disaster Response Force teams from Hyderabad for the rescue operations. The Minister assured that the government would look after the families of the victims. He urged the public to be cautious while venturing into water bodies in Sircilla as most of them were overflowing. /IANS

2 Goa cops die after being hit by drunk driver
Panaji, Jan 16 : Two on-duty police constables died after being knocked down by a drunk driver in the beach village of Colva in South Goa early on Sun

Delhi cop risks own life to douse fire, hospitalised
New Delhi, Jan 16 : A policeman in the national capital played good samaritan as he helped extinguish a fire at a house in southwest Delhi, risking hi