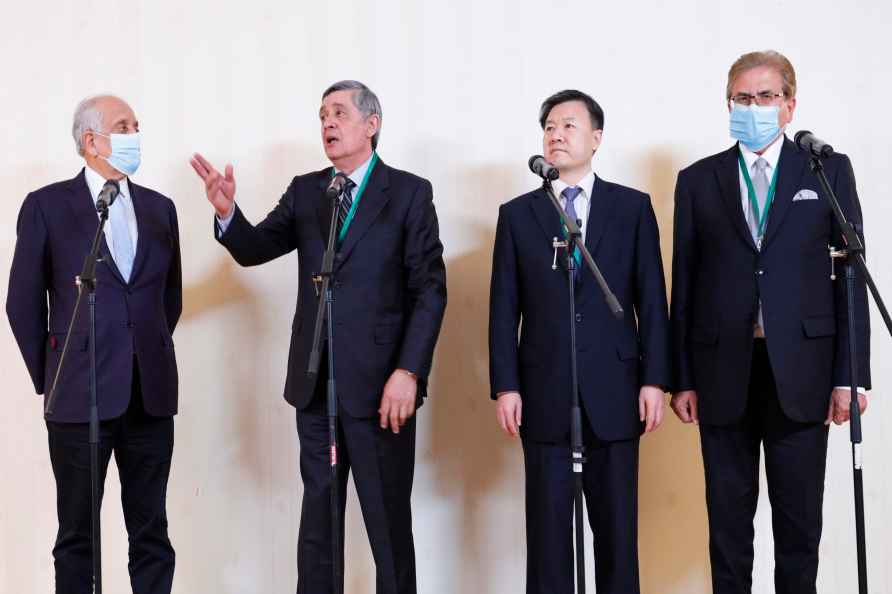 By Arul Louis United Nations, Nov 16 : Secretary-General Antonio Guterres has appointed international development expert Shombi Sharp of the US to head UN operations in India. On Monday, Guterres' Deputy Spokesman Farhan Haq announced Sharp's appointment as the UN's resident coordinator succeeding Renata Lok-Dessallien. "Resident Coordinators lead the work of our UN teams on the ground, including our continuing support to national Covid-19 response, plans to recover better for the Sustainable Development Goals (SDGs)," and personally represent the Secretary-General, the spokesman added. After arriving in New Delhi on Sunday, Sharp tweeted: "Thrilled to arrive today in our new home of Delhi, India! And on my birthday no less, happy to learn it is also birthday anniv(ersary) of India's 1st Prime Minister Nehru, celebrated as Children's Day/Bal Diwas. "Sarah & I celebrated with a sunset stroll through gorgeous Lodhi Garden!" Before his India assignment, Sharp was the UN resident coordinator in Armenia, promoted from resident representative of the UN Development Programme (UNDP) in that country. He started his career in international development in Zimbabwe working for CARE International, a US-based NGO. At the UNDP, his assignments included deputy resident representative in Georgia, deputy country director in Lebanon and assistant resident representative in Russia. Lok-Dessallien, who is from Canada, ran into controversies in India over her critical statements which the External Affairs Ministry Spokesperson Arindam Bagchi said were "unwarranted". Lok-Dessallien said last year that the alleged rape and murder of Dalit women in Hathras and in Balrampur in Uttar Pradesh "are another reminder that despite the impressive progress made on a number of social indicators, women and girls from disadvantaged social groups face additional vulnerabilities and are at greater risk of gender-based violence". Bagchi said that she "should be aware that these cases have been taken extremely seriously by the government" and "any unnecessary comments by an external agency are best avoided" while investigations were underway. At a meeting of NGOs and international organisations with Niti Aayog, she reportedly spoke of the plight of migrant labourers during the Covid-19 pandemic and about the stigmatisation of certain sects of people. The Indian Express quoted India's representative on Unesco's executive board, J.S. Rajput, as calling her remark "highly objectionable" and an "interference" in India's internal matters. (Arul Louis can be reached at arul.l@ians.in and followed @arulouis) /IANS

3 cyber criminals allegedly paid by Pak spread online propaganda against B'desh
By Sumi Khan Dhaka, Jan 21 : Three cyber criminals, who have sided with war-crime convicts and alleged to have been paid by Pakistan, are obstructi