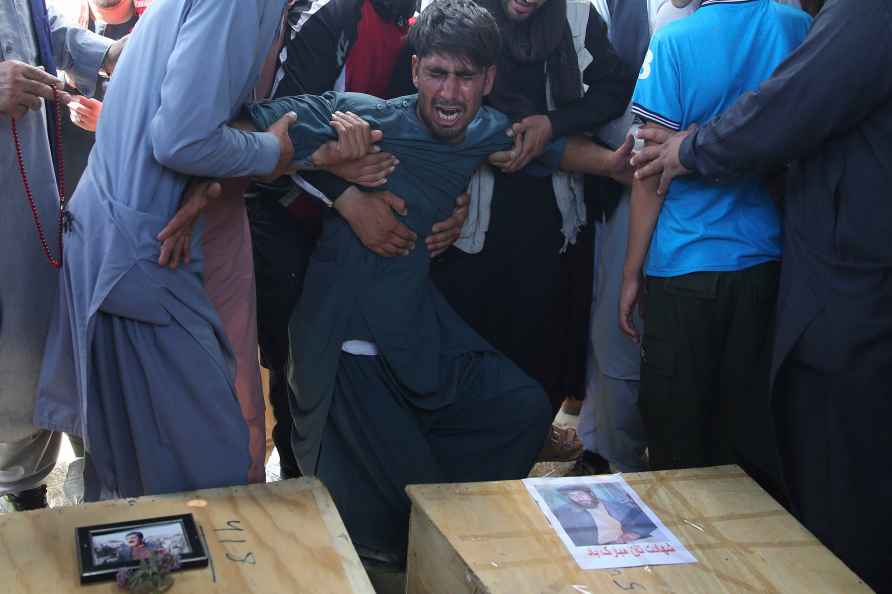 New Delhi, Nov 15 : The Islamic State terror group's Khorasan branch or IS-K has claimed responsibility of a blast that struck a bus in Kabul, Khaama Press reported. The explosion took place on November 13 in the capital city's Dasht-e-Barchi area. It was first believed that Afghan journalist Hameed Saighani was among the victims but sources told Khaama Press that Saighani was assassinated in the northern part of Kabul. The IS-K claimed that they planted bombs in the bus that killed 20 people. The claim however was rubbished by Taliban spokesperson Zabiullah Mujahid, saying that only one civilian was killed and three others were wounded. The IS-K is the only terror group that conducts attacks in Afghanistan following the country's takeover by the Taliban on August 15. The Taliban on the other hand has been underrated by the militants and has claimed to have arrested 600 IS-K affiliates in the past three months, the report said. /IANS

Who will be the next Pak Army chief?
New Delhi, Jan 21 : In November this year, Pakistan Prime minister Imran Khan will have to make some important decisions, including choosing the count

New Delhi, Jan 21 : Amid the crypto buzz, cyber-criminals are leveraging Amazon's name to promote a fraudulent scheme called 'Amazon to create its own digital token' -- leading victims to give away th […]

Beijing, Jan 21 : Short video platform has said that it is testing support for paid subscriptions, paving the way for creators on the short form video platform to charge for their content. The c […]

San Francisco, Jan 21 : Chip-maker Intel on Friday said it will invest more than $20 billion to build two new factories int US for advanced chipmaking, as the world grapples with semiconductor shortag […]