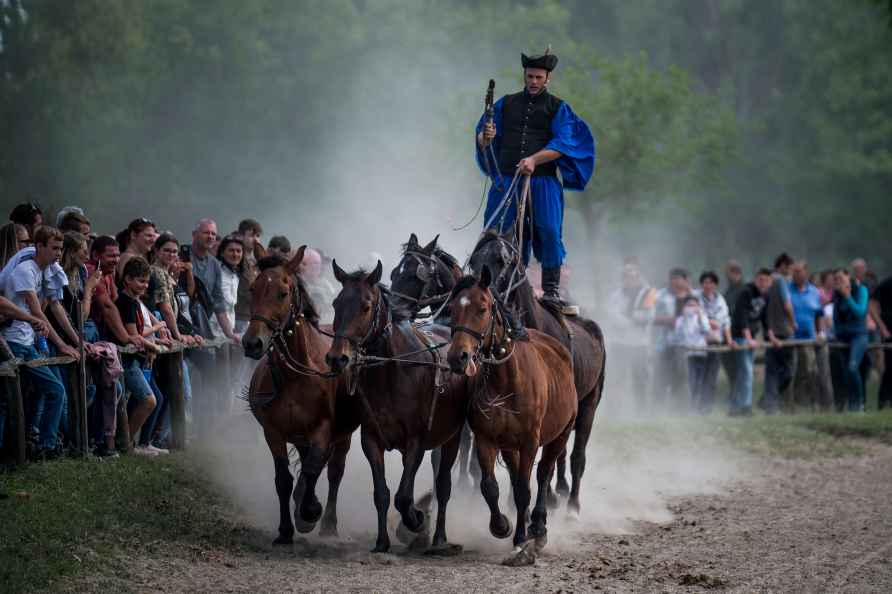 Mumbai, Nov 14 : 'Yeh Jawaani Hai Deewani' actress Nupur Joshi has acted in several TV shows, but says she doesn't feel like she has come a long way. "I don't feel like I have come a long way, rather I feel there's still a long and happy road ahead and I'm excited to tread the path," she said. She was also seen in 'Do Hanso Ka Jodaa' as 'Summi'. For 'Kumkum Pyara Sa Bandhan', she played 'Misri' and in long-running show 'Yeh Rishta Kya Kehlata Hai', she played 'Soumya'. Talking about the difference in doing films and television, she shared: "I think it would have to be the 'process of creation'. In television, we work on a different pattern to shoot our daily telecasts whereas the film schedules have a very different demand from the actors involved. I'd say, although both the mediums create magic, their potion making strategy differs." She finds it very difficult to imagine herself away from performing arts whether on television, movie or theatre. "But had that not come to be, then I think I would've landed up as a practicing psychologist in some part of the world, based on my education in MS Clinical Psychology," she said. Back in 2013, she featured in the blockbuster 'Yeh Jawaani Hai Deewani'. "YJHD was truly a play of my stars, and I can't thank them enough. It was just wonderful to be a part of the film and play Esha in the setting. It was some true fun," she recalled about the Ayan Mukerji directorial that also starred Ranbir Kapoor and Deepika Padukone. "I remember meeting Ayan and Ranbir on the sets of a different project back in the day, way before YJHD happened, I think perhaps that's when we clicked and later my luck materialised for it," she said. As to why later on she did not take up many projects, she said that it was simply an unplanned break that happened. "I took to focus on my personal life. Also, I had shifted my base for a short while and then I used to only travel to Mumbai for assured projects or few other film opportunities that came my way now and then. But now I'm back - full throttle, excited to see what rests ahead in this path, again," she said. Now, Nupur is primarily up for performance-oriented roles. "Those that give me a platform to enact a stronger shade of a character, quenching my thirst as an artiste. Now whether that is a main or parallel lead or a small character-driven story, that bit is secondary," she said. In addition, she is open to venturing into films, television or even digital platforms now, equally as and how the opportunity arises, she will accordingly accommodate to the demands of it. "I'm basically all up for exploring new possibilities now," she shared. /IANS

Seema Pahwa talks about playing fun yet sinister Ganga Devi in 'Jamtara 2'
Mumbai, Sep 23 : Actress Seema Pahwa, who is currently gearing up for the second season of the streaming crime drama 'Jamtara: Sabka Number Ayega', re