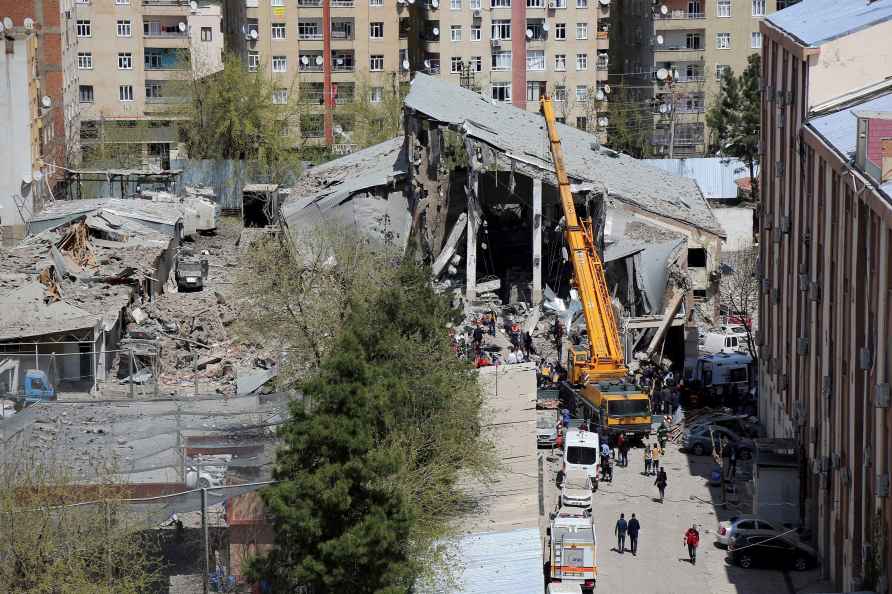 Islamabad, Nov 14 : At least seven people, including two policemen, were injured in a blast in Pakistan's Quetta city, police said. A police van was passing by when the explosion occurred in the Nawa Killi area of Quetta, the capital of the Balochistan province, an official told Xinhua news agency. The bomb weighing around 4-5 kg was fixed on a motorcycle parked on the road and was detonated by remote control device by the miscreants, he said. Following the blast, security forces and rescue teams rushed to the site and shifted the injured to a nearby hospital. Security forces condoned off the area and started a search operation. No group or individual has claimed the attack yet. /IANS