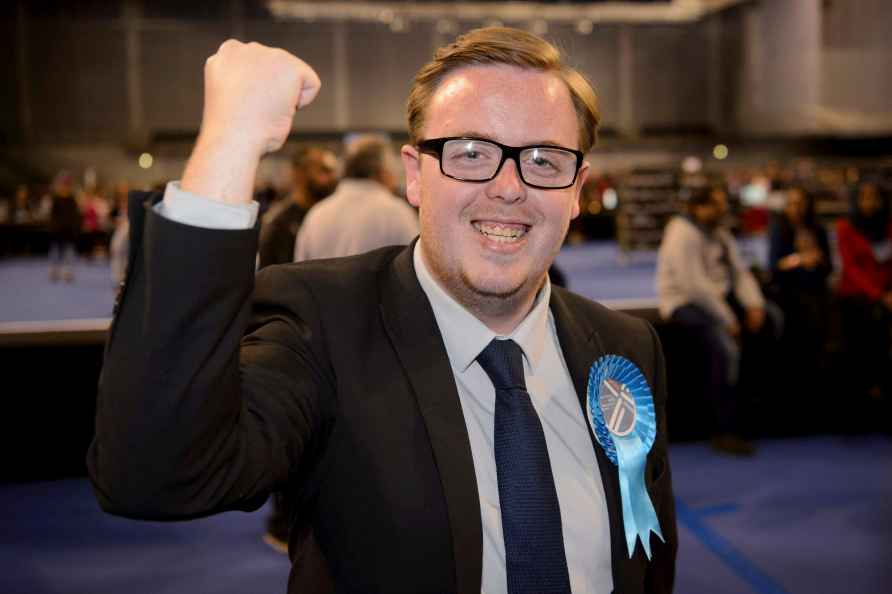 Amaravati, Nov 12 : Andhra Pradesh's ruling YSR Congress Party (YSRCP) on Friday announced 11 candidates for the upcoming Member of Legislative Council (MLC) elections under Local Authorities' Constituencies (LACs) quota. Veteran leader and former Union Minister of State Ummareddy Venkateswarlu has been renominated by the YSRCP. He was the YSRCP floor leader in the Legislative Council and his term had ended in June this year. Raghu Raju of Vizianagaram, Varudhu Kalyani and Vamshi Krishna Yadav of Visakhapatnam, Anantha Babu of East Godavari, Talasila Raghuram and Mondithoka Arun Kumar of Krishna, Ummareddy Venkateswarulu and Murugudu Hanumantha Rao of Guntur, Thumati Madhava Rao of Prakasam, Barath Krishna of Chittoor and Y Siva Rami Reddy of Anantapur are the candidates announced by the ruling party. Earlier, YSRCP announced Palavalasa Vikrant of Srikakulam, Ishaq Basha of Kurnool and DC Govindar Reddy of YSR Kadapa district as nominees under the MLA quota. Government Advisor (Public Affairs) Sajjala Rama Krishna Reddy told reporters that Chief Minister YS Jagan Mohan Reddy continued his endeavour to widen the social base by allocating six seats to Backward Classes and Minorities and one seat to Schedule Caste Madiga. He pointed out that of 18 members who are currently in legislative council, 11 people belong to BC, SC and minorities and added that once the recently announced candidates win the elections, 18 out of 32 members in Legislative Council would be from BC, SC and Minority classes. He said for the first time in the history of the Legislative Council there will be four members belonging to Minorities. Elections to 11 seats of the Legislative Council from LACs quota are scheduled to be held on December 10. Elections to three seats from Members of Legislative Assembly (MLAs) quota will be held on November 29. /IANS

Amit Shah to address series of meetings in UP
Lucknow, Dec 23 : Union Home Minister Amit Shah is embarking on a statewide tour of Uttar Pradesh from Friday to give momentum to the party's election

New Delhi, Dec 23 : India Meteorological Department (IMD) has predicted light rain in the national capital on December 26, 27 and 28. As per the forecast, the sky would generally be cloudy with […]

Amazon workers stage walk-out in US for better treatment

San Francisco, Dec 23 : Several Amazon workers at two of its facilities in the US staged a pre-Christmas walkout, which is the busiest time of the year, asking for better treatment and higher wages. […]

San Francisco, Dec 23 : Tech major Lenovo has joined a growing list of companies that have decided not to attend the 'CES 2022' in-person, as the Omicron variant spreads fast across the globe, especia […]

New Delhi, Dec 23 : India registered 7,495 fresh Covid-19 cases and 434 deaths in the last 24 hours, the Union Ministry of Health and Family Welfare (MoHFW) said on Thursday morning. With the ad […]