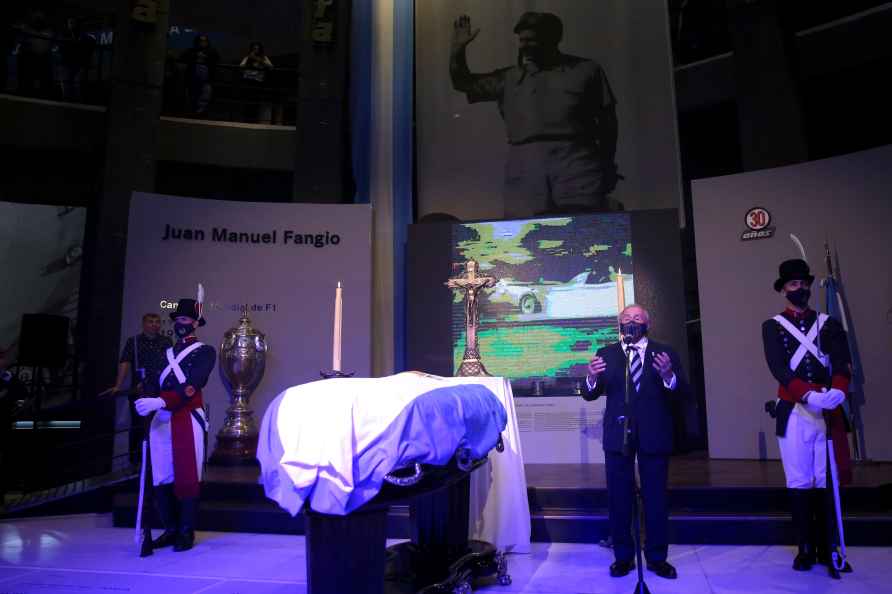 Balcarce : Race car driving legend Jackie Stewart talks next to the remains of Formula One driver Juan Manuel Fangio inside a museum dedicated to Fangio during a ceremony to honor Fangio in Balcarce, Argentina, Wednesday, Nov. 10, 2021. The remains of Fangio, who died in 1995 at age 84, were moved to a new resting place in the museum alongside his cars. /AP-PTI

Goa: Dylan Fox (R) of FC Goa celebrates with teammates after scoring a goal, during match 69 of season 8 of Indian Super League football tournament between Bengaluru FC and FC Goa, at the GMC Athletic […]

Seoul, Jan 23 : South Korean exports of red pepper paste soared nearly 63 per cent in the past four years thanks to the global popularity of Korean pop (K-pop) culture, data revelaed on Sunday. […]

After Independence, many great personalities' contributions were erased: PM