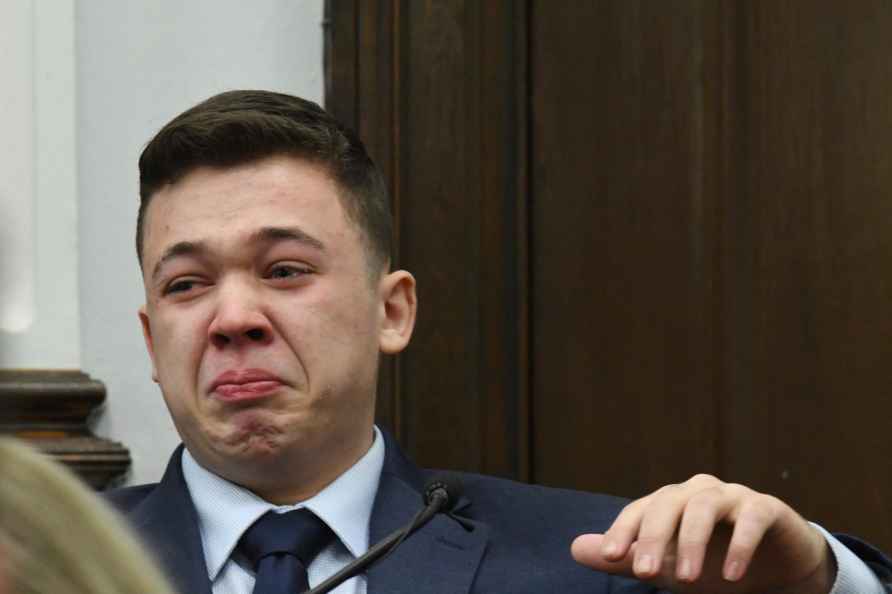 Kenosha : Kyle Rittenhouse breaks down on the stand as he testifies about his encounter with the late Joseph Rosenbaum during his trial at the Kenosha County Courthouse in Kenosha, Wis., on Wednesday, Nov. 10, 2021. Rittenhouse is accused of killing two people and wounding a third during a protest over police brutality in Kenosha, last year. /AP-PTI