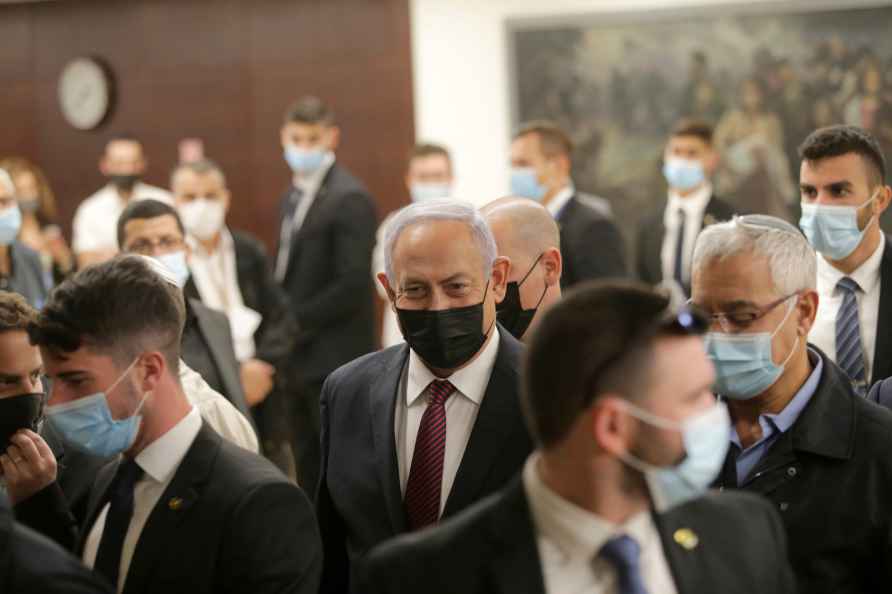 Jerusalem, Nov 6 : The Israeli Parliament passed the 2022 state budget after several days of marathon voting. Being held close to the deadline for the budget next week, the final vote passed it with a slim majority of 59 against 56, helping the government led by Prime Minister Naftali Bennett avert a political crisis, namely a snap election early Friday morning. "The new budget we passed tonight is excellent!" Bennett said on his Twitter page. "We put Israel back on track." The approval by the Parliament is the first of its kind since 2018 when Israel entered a prolonged political crisis, during which Israel witnessed four election campaigns and had to run under an interim budget, Xinhua news agency reported. The budget includes major reforms such as congestion tax for the overcrowded Tel Aviv metropolitan area, increased funding for the Arab-Israeli population, a higher retirement age for women, and amended regulations on imports. The government will also work to solve a major housing crisis amid soaring property prices and to improve public transportation. /IANS