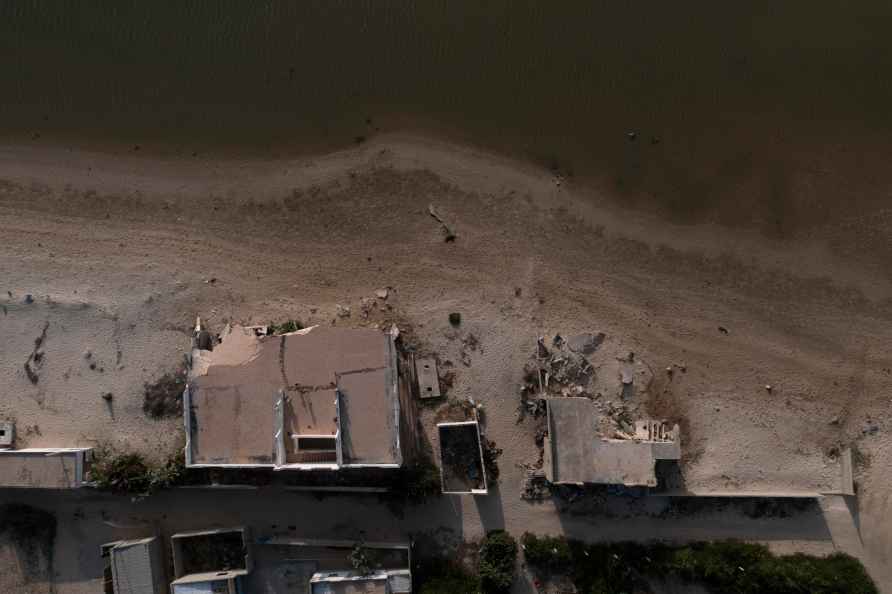 Seoul, Nov 4 : South Korean girl group BLACKPINK urged the world to join efforts to tackle climate change in its video message to the World Leaders Summit at the 26th United Nations Climate Change Conference (COP26). The summit was held on Monday and Tuesday as part of the COP26 under way in Glasgow, Scotland, with world leaders from more than 100 countries attending. According to the video available on the group's YouTube channel, the quartet opened the joint speech by stressing the importance of the issue and urgency to address it, reports Yonhap, the South Korean news agency. "Six years ago in Paris, you (world leaders) pledged to limit global warming ideally to 1.5 degrees. The recent UN panel on climate change warned that this opportunity may be slipping from our grasp," Rose said. "The changes that we feared are already beginning to transform our planet," Lisa said, specifying what could happen if the world temperature rises. Jennie said, "Almost all warm water coral reefs would be destroyed and sea ice would melt and devastate wildlife." She toned up her voice, adding, "We must act now urgently to prevent much, much worse." Jisoo said, "We do not want to get there. The most important thing is that we all take responsibility because it just won't be achieved without collective action." She urged world leaders to take actions to prevent the crisis and expressed the hope that "you will make the decisions necessary to protect our planet now and forever." /IANS

Arko, Manoj Muntashir reunite for next song
Mumbai, Jan 23 : Musician Arko and lyricist Manoj Muntashir, who have have worked on many memorable tracks such as 'Teri Mitti', 'Saathi Re' and 'Tere

From Cher to Boy George, music's top names mourn Meat Loaf's death
Los Angeles, Jan 21 : Tributes have been flooding in from both sides of the Atlantic for Meat Loaf, real name Marvin Lee Aday, the prolific singer and