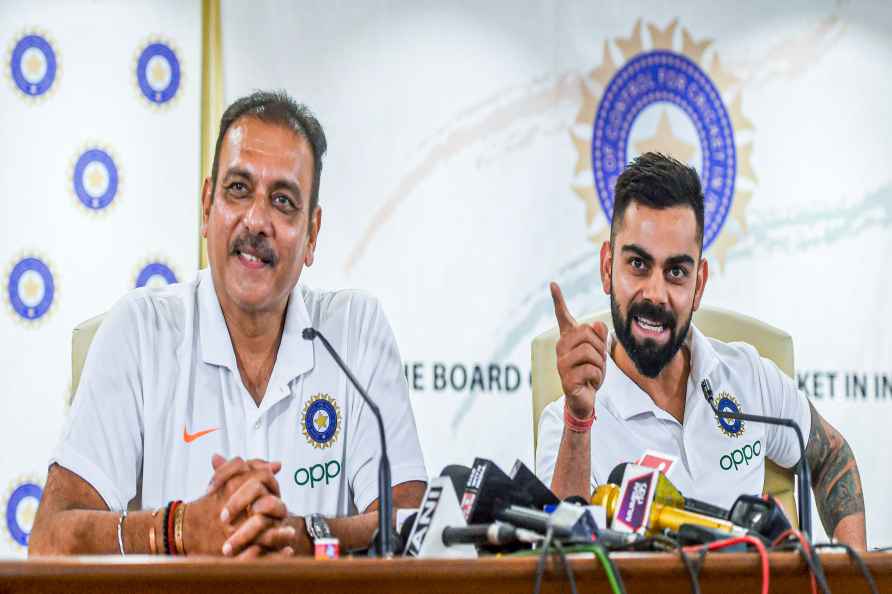 Mumbai, Nov 4 : "Absolutely the right man for the job," said VVS Laxman on the appointment of Rahul Dravid as chief coach of the Indian senior men's cricket team. Laxman and Dravid had shared many partnerships playing for India and South Zone, including an epic stand of 336 runs in the 2001 Test against Australia at Eden Gardens in Kolkata that turned India's fortunes in Test cricket. Laxman had scored 281 in that match and Dravid 180. With Dravid set to take over as India coach, Laxman was really happy and tweeted his wishes to his former batting partner on the new chapter in his career. "Absolutely the right man for the job! Rahul Dravid has been a great servant of Indian cricket. As he takes guard for a fresh innings as the head coach, I am sure he will take the team onward and upward. Best wishes to my partner in many an enjoyable stand!!" On Wednesday, the BCCI confirmed that Dravid will take over from Ravi Shastri after the T20 World Cup with the series against New Zealand his first assignment as head coach of the senior India men's team. Venkatesh Prasad, who was also Dravid's teammate in the Karnataka Ranji team, said Indian players will benefit a lot from Dravid's experience. "Congratulations Rahul Dravid for becoming the coach of the Indian Men's Cricket Team. Indian players will be hugely benefited with his vast experience. Wishing him the very best to take Indian cricket to greater heights," Prasad tweeted. Former England captain Michael Vaughan said Dravid will make a fantastic head coach. "I think Rahul Dravid is going to make a fantastic head coach for #India," Vaughan tweeted. Former India all-rounder Irfan Pathan wished Indian cricket would grow stronger under Dravid. "Under Rahul Dravid, Indian cricket will be solid as a wall which can't be broken. That's our wish," tweeted Irfan Pathan. /IANS

SA v IND: Looking at the reasons where India lost the series against South Africa
By Niharika Raina Cape Town, Jan 16 : Winning a Test series in South Africa has been a tough nut to crack for India. So, when the Indian team flew

Cape Town, Jan 16 : Former India captain Sunil Gavaskar feels Virat Kohli's decision to step down as captain of the Test team could stem from the possibility that the star batter might get sacked for […]