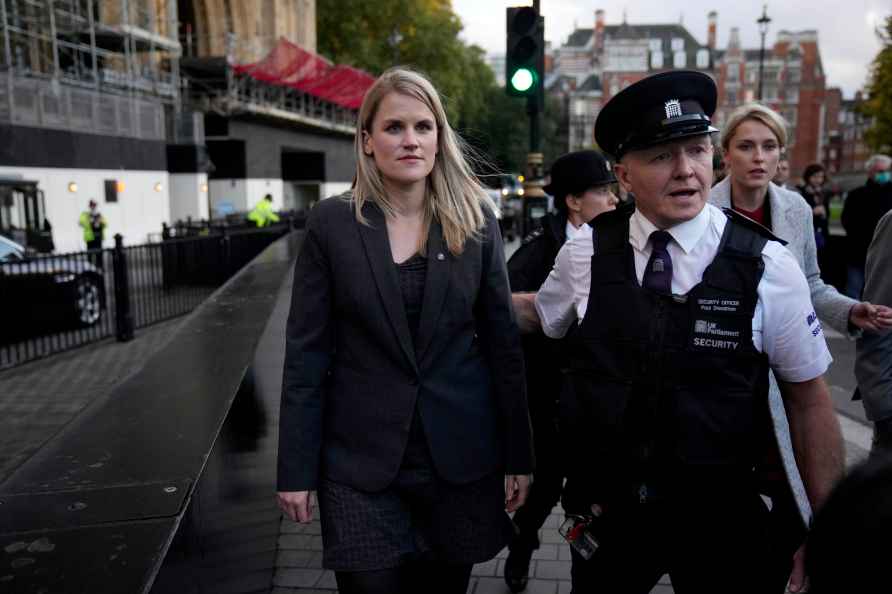 New Nov 2 : The newly-constituted Parliamentary Standing Committee on Information Technology will meet on November 16 and it is likely to call the Facebook whistleblower on hate content to depose personally as the present laws do not permit via video conferencing. Committee Chairman Shashi Tharoor on Monday tweeted: "This has just happened & with its agenda official, the Committee will hold its first meetings of the new session on Nov 16 & 17. Under our procedures videoconferencing is not permitted. Testimony in person by witnesses from abroad requires the Speaker's consent. This is being sought. "The Parliamentary Standing Committee on Information Technology did not exist between September 12 & October 12 when it was officially reconstituted. It had to then adopt its agenda, submit it to the Speaker & have it bulletinized before it could convene any meetings." Congress had demanded a Joint Parliamentary Committee (JPC) probe into the continued 'favouritism' shown by Facebook towards the Bharatiya Janata Party (BJP), and has alleged that the social media platform has become 'fakebook'. Party spokesperson Pawan Khera said: "It has become 'fakebook' and a JPC probe should be done. Despite knowing all, why hasn't Facebook designated the RSS and Bajrang Dal as dangerous organisations, based on its own internal reports? The government of India had been extremely pro-active against Twitter citing Social Media safety compliance, why are they not uttering a word now? Congress was commenting on the recent expose where it was alleged that Facebook knew it very well that they weren't equipped to filter hate speech especially in Hindi and Bengali as per the leaked research documents by the whistleblower Frances Haugen, a 37-year-old engineer who worked at Facebook, and yet they took no decisive action the perpetrators of such hate. "The internal reports and recommendations of Facebook's security team went against the recommendations of Facebook's safety team; insofar as they prioritised commercial interests over safety of Indian Citizens, and yet no action has been taken by the government, doesn't this clearly implicate the presence of a quid pro quo? We, therefore, demand that a JPC probe be ordered immediately." /IANS

Naga national flag is non-negotiable, asserts NSCN-IM
Kohima, Sep 20 : The Isak-Muivah faction of the National Socialist Council of Nagalim (NSCN-IM) once again reiterated that the "God given Naga Nation