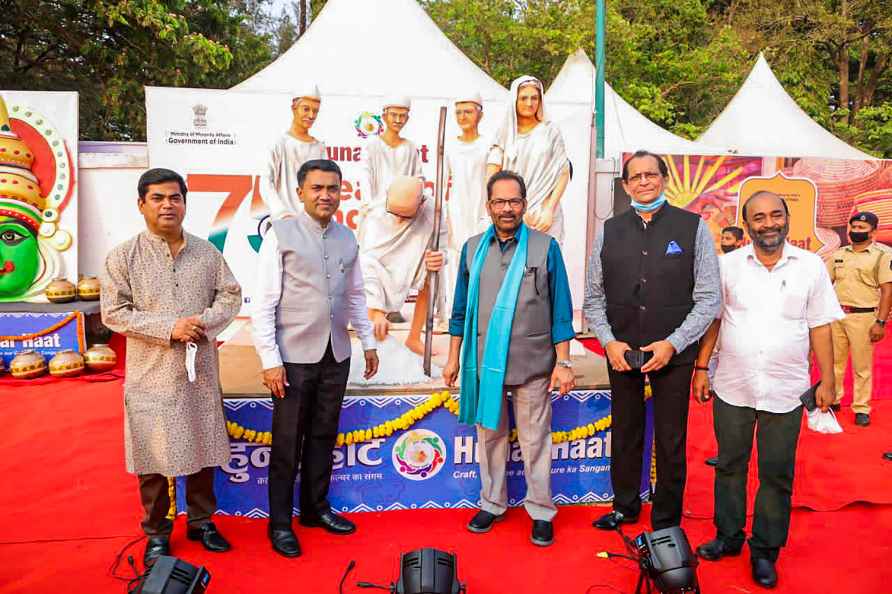 Panaji, Nov 2 : The Goa government's Sports and Youth Affairs department on Tuesday signed an MoU with the Mumbai-based Achrekar's Cricket Academy to set up a coaching centre in Goa. Union Minister for Roads and National Highways, Nitin Gadkari, and Chief Minister Pramod Sawant were present during the signing of the MoU. "This will (help) develop excellence in cricket talent of Goa by imparting quality training (free of cost)," a statement issued by the Goa Chief Minister's Office said. The coaching centre is expected to come up in Sawant's constituency of Sanquelim. Founded by coach Ramakant Achrekar, the Achrekar Cricket Academy, which is based in Dadar, Mumbai has trained some of the top cricketers in the country including the legendary Sachin Tendulkar and Test cricketers such as Vinod Kambli, Praveen Amre, among others. /IANS

SA v IND, 2nd Test: I think we can get there, says South Africa's Keegan Petersen
Johannesburg, Jan 6 : South Africa top-order batter Keegan Petersen believes that his team can chase down 240 against India in the second Test at the

Ex-TN DGP gets back his cap and name badge permanently

Chennai, Jan 6 : A local court here has granted the wish of former Director General of Police (DGP) of Tamil Nadu Prateep V. Philip to have the name badge and the cap - that he had worn on May 21, 199 […]

Thiruvananthapuram, Jan 6 : A man was arrested on Thursday on charge of assaulting activist Bindhu Ammini, who shot into prominence by entering the Sabarimala temple after the Supreme Court in 2019 al […]