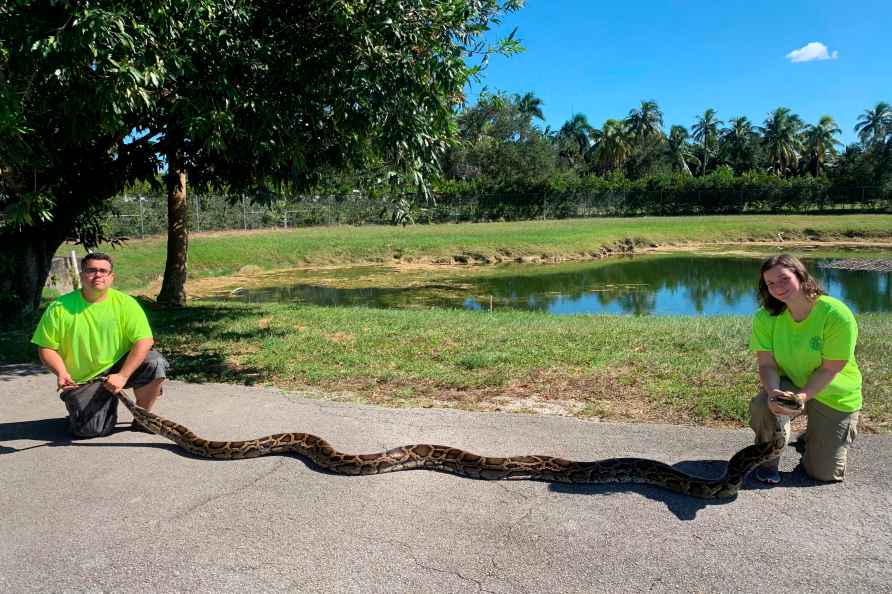 Chennai, Oct 16 : Appreciating the Tamil Nadu Forest Department officials for capturing the MDT 23 tiger, a senior BJP leader of the state urged for the release of the big cat into the wild after proper treatment. In a statement issued here, G. K. Nagaraj, the BJP's Tamil Nadu Farm Wing president, said despite rain, the Department officials tracked the tiger and captured it after shooting a transquiliser dart. Conveying the party's appreciation to the officials, Nagaraj also said the tiger should be released into the wild after giving it proper treatment as it is not a man-eater. The tiger that is believed to have killed four people and 12 cattle was caught on Friday. The animal was preying on the cattle in the Mudumalai Tiger Reserve and adjacent areas for the past couple of months. The Chief Wildlife Warden of Tamil Nadu Shekhar Kumar Niraj had earlier issued a hunting order for the tiger. However, he later clarified that the first priority will be to capture the animal alive and killing it will be the last resort. /IANS

Three-phase tiger census begins in MP
Bhopal, Nov 18 : The forest department of Madhya Pradesh has begun a three-phase estimation exercise of tigers, which will continue till December 21.

Elephant found dead in Kerala forest
Thiruvananthapuram, Nov 16 : A three-year-old male tusker on Tuesday morning was found dead in the forests at Malampuzha near Palakkad district. The a

One held with elephant tusk in Odisha
Bhubaneswar, Nov 14 : The Special Task Force (STF) of the Odisha Police have arrested a wildlife criminal and seized one elephant tusk from his posses

Washington, Nov 18 : US-based Brigham and Women's Hospital is set to begin the first-ever clinical trial to test the safety and efficacy of a nasal vaccine aimed at preventing and slowing down the pro […]

New Delhi, Nov 18 : Noted sports commentator and author Novy Kapadia passed away due to health complications on Thursday. He was 68. Kapadia, who has widely been regarded as the voice of Indian […]

Bhopal, Nov 18 : After Habibganj railway station in Bhopal was renamed Kamalapati railway station, questions are being asked if the condition of Ginnorgarh fort, which was home to the Gond queen, will […]