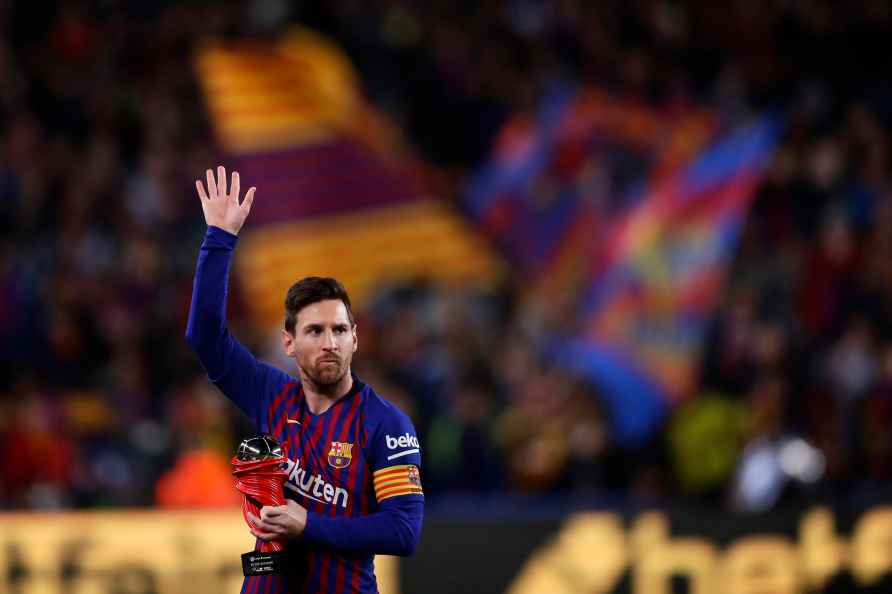 Madrid, Oct 16 : FC Barcelona's 18-year-old Spain international Pedri has signed a new contract and said he aims to "win everything every year," with the club. Pedri was speaking to the press on Friday after signing the new four-year contract with a 1 billion-euro release clause, which will keep him at the Camp Nou until the end of June 2026. The midfielder only joined Barcelona last summer, but made over 50 first-team appearances in a stunning debut season, as well as forcing his way into the Spanish national team. Although Barca are currently struggling with financial problems and have lost the likes of Lionel Messi and Antoine Griezmann, Pedri said he had no doubts over signing a new contract,reports Xinhua. "My dream is to be here for many years. It is a difficult moment but it is the best club in the world and it will recover and once again achieve great things," he said. Pedri admitted that his progress from the second division with Las Palmas to the European Championship and the Olympic Games had been "very quick," but said his "mother, my father and my brother help me to keep my feet on the ground and give me advice. I am very grateful to them for everything." He added that he was not intimidated by his release clause. "It shows the faith the club has in me," he commented. "The time I will be here and the club's project are more important to me than the release clause. I leave the responsibility aside when I enter the pitch," insisted Pedri, who is currently sidelined with a knee injury. "I haven't set any deadline to return. You have to recover properly," he concluded. /IANS

ED attaches assets under PMLA against ALPPL Directors, others

New Delhi, Nov 18 : The Enforcement Directorate (ED) has provisionally attached assets worth Rs 2 crore under the provisions of Prevention of Money Laundering Act (PMLA), 2002 in a bank fraud case aga […]