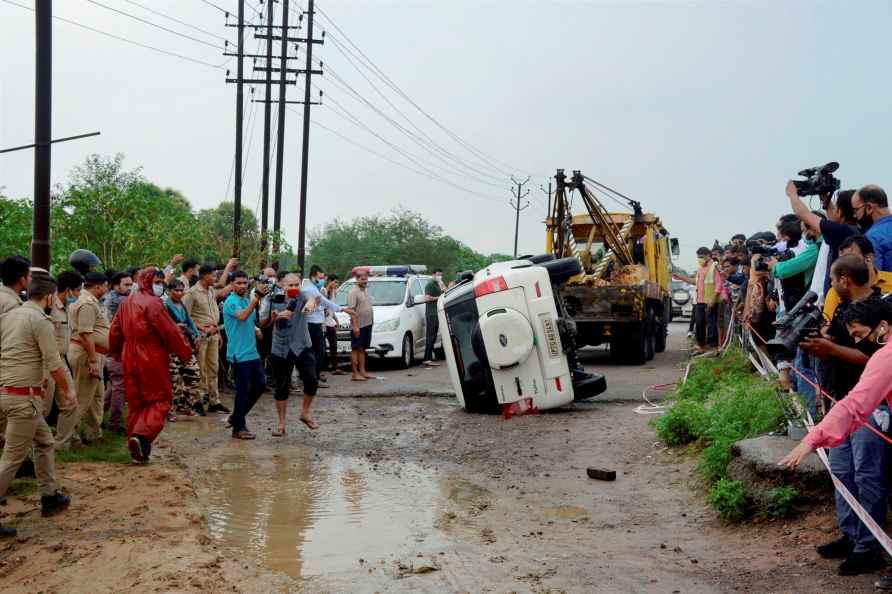 Kanpur (Uttar Pradesh), Oct 11 : A day after the arrest of the two policemen, including suspended inspector J.N. Singh and sub-inspector Akshay Mishra, accused for the murder of businessman Manish Gupta, his widow, Meenakshi has demanded capital punishment for the accused. Talking to reporters on Monday, she said that two of the six accused policemen have been arrested and she wants capital punishment for them and the other four who are still at large. "The accused cops deserve to be hanged because they killed my husband for no apparent fault of his," she said. The family is observing the 13th day rituals for the deceased businessman who was allegedly killed by the policemen during a hotel raid in Gorakhpur on September 27. "I will continue my struggle," said Meenakshi and added that "I want all the accused to be arrested before my husband's birthday on October 16. She also demanded that the trial of the case should take place in Kanpur. "I want the trial of the case to be held in the Kanpur court because I cannot travel to Gorakhpur with my child. The case should be heard in a fast-track court. Moreover, I don't want to step on the land that ruined my and my son's lives," she said. "I will appeal to Chief Minister Yogi Adityanath regarding this," she added. She also appealed to the people to cooperate and ensure she gets justice for her husband and the accused are put behind the bars. /IANS

Bengaluru, Nov 30 : The district administrations are on high alert after 13 students of a government-run residential hostel in Hassan and seven medical college students, including an internee, tested […]

Washington, Nov 30 : The global coronavirus caseload has topped 262.14 million, while the deaths have surged to more than 5.20 million and vaccination to over 7.95 billion, according to Johns Hopkins […]