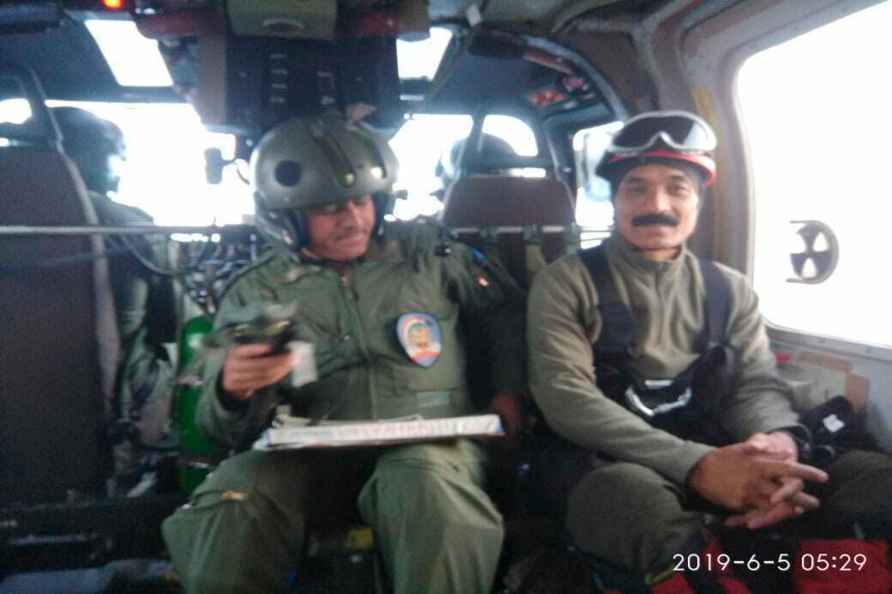 New Delhi, Oct 9 : The mountaineering team of Indo-Tibetan Border Police (ITBP) has successfully scaled two unnamed mountains in Eastern Ladakh and named one of them 'Nurbu Wangdus Peak', in memory of ITBP mountaineer late Nurbu Wangdus, who died during an avalanche in October 2019, an ITBP official said here on Saturday. "The 20-member expedition team, including four women, was led by ITBP IG of the North-West sector, Lhari Dorjee Lhatoo, which also comprised members of the Ladakh Police. The team successfully summited the twin peaks at a height of 6,250 metres and 6,099 metres on Eastern Ladakh borders on September 28 and October 6, respectively," the force said in a statement. The expedition was dedicated to late head constable and mountaineer of ITBP, Nurbu Wangdus, from Ladakh, who died during climbing Mount Gangotri-1 in Uttarakhand after the team was hit by an avalanche in October 2019. The ITBP has named the 6,250m peak as 'Nurbu Wangdus Peak' in his memory. On September 4 this year, a six-member ITBP team had successfully summited the Mount Balbala peak (21,050 feet) in Uttarakhand. The expedition was launched on August 7 from Joshimath under the name of 'Parakram', which was led by Assistant Commandant Bhim Singh. Raised in 1962 during the India-China war, ITBP, the Himalayan border guarding force, has recorded more than 223 successful mountaineering expeditions till date. /IANS

India, Israel to jointly develop dual use tech for defence
[**EDS: IMAGE MADE AVAILABLE FROM PIB** New Delhi: Secretary, Department of Defence R&D and Chairman, DRDO, G. Satheesh Reddy and the Head of DDR&D, I

NDRF, police on high alert in TN after warning for extreme rainfall given

Chennai, Nov 10 : The National Disaster Response Force (NDRF), the state police department and revenue officials are on high alert after the India Meteorological Department (IMD) warned of heavy to ve […]

US Open champion Raducanu shocked by qualifier Xinyu in Linz

Mexico City, Nov 10 : A migrant caravan making its way through south Mexico for the past 17 days has decided to forgo Mexico City and head straight to the US border. The caravan resumed its jour […]

Nora Fatehi: After success of 'Dilbar', to return as Dilruba feels great

Mumbai, Nov 10 : Actress Nora Fatehi, who is all set to feature in yet another another foot-tapping dance number in 'Satyamev Jayate 2' titled 'Kusu Kusu', says after the success of 'Dilbar in the fir […]