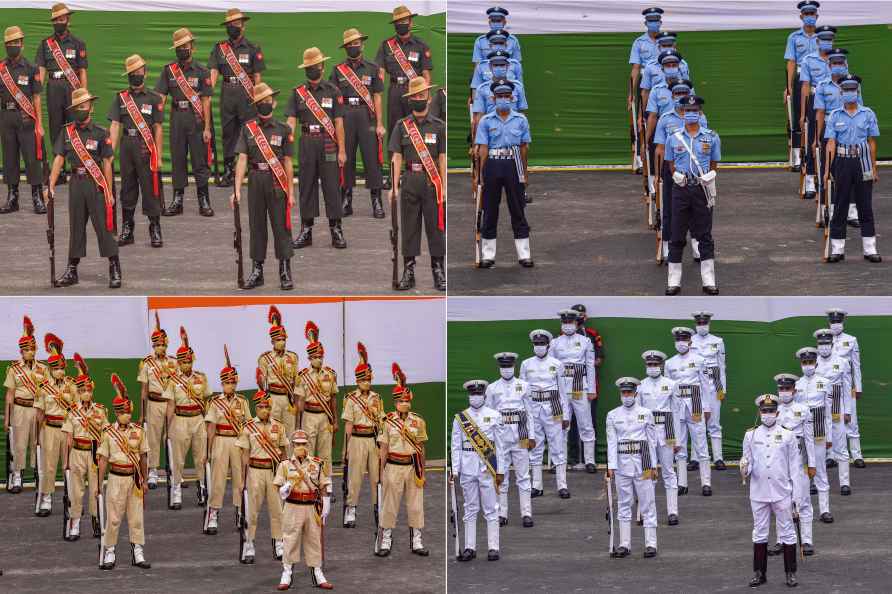 New Delhi, Oct 9 : India and Denmark on Saturday inked four agreements and decided to expand cooperation in "Green strategic partnership for the Green Transition". In his statement, after the bilateral talks with his Danish counterpart Mette Frederiksen on Saturday, Prime Minister Narendra Modi said that last year both the countries took a historic step to establish a 'Green Strategic Partnership' which has been a fine example of our far reaching approach towards the environment. "This partnership is an example of how by collective effort and through technology, we can work for green growth while preserving the environment. Today we also reviewed the progress made under this partnership, and reiterated our commitment to increasing cooperation on climate change in the times to come," he said. Noting that Denmark has become a member of the International Solar Alliance, he further said that it was a new dimension in India-Denmark partnership. He also said that both countries took a decision today to expand the scope of cooperation, adding new dimensions to it and initiated a new partnership in the field of health. "In order to increase the agricultural productivity and income of farmers in India, we have also decided to cooperate in agriculture related technology. Under this, work will be done on the technologies of many areas like food safety, cold chain, food processing, fertilizers, fisheries, aquaculture, we will also cooperate in areas such as Smart Water Resource Management, 'Waste to Best', and efficient supply chains," Modi further said adding that a new partnership in the health sector has also initiated. Prime Minister Modi also said that they held in-depth and useful discussions with his Danish counterpart on many regional and global issues and expressed his gratitude to Denmark for the strong support which India has been receiving from them at various international fora. In future also, our two countries with democratic values, belief in rules based order, will continue to work with each other with similar strong cooperation and coordination, he added. Modi also expressed his gratitude for the opportunity to host the next India-Nordic Summit, and for inviting him to visit Denmark. Thanking PM Modi for accepting her invitation to visit Denmark, Danish Prime Minister Mette Frederiksen said that he was an inspiration for the rest of the world for setting an ambitious target to provide clean water for over one million households and renewable energy. /IANS

Bengaluru, Nov 10 : Homegrown social commerce platform Meesho on Wednesday announced that it has become the most downloaded e-commerce app globally in October 2021. Meesho saw over 57 million do […]

Volatile situation on borders, forces must be ready to respond at short notice: Rajnath

New Delhi, Nov 10 : Citing the volatile situation on the borders, Defence Minister Rajnath Singh on Wednesday said that the armed forces "need to be prepared to respond at a short notice for any conti […]

Abu Dhabi, Nov 10 : Sneha Singh and Anika Varma -- two of India's most successful amateur stars -- are eager to prove their mettle as they represent the country at this week's Women's Amateur Asia-Pac […]