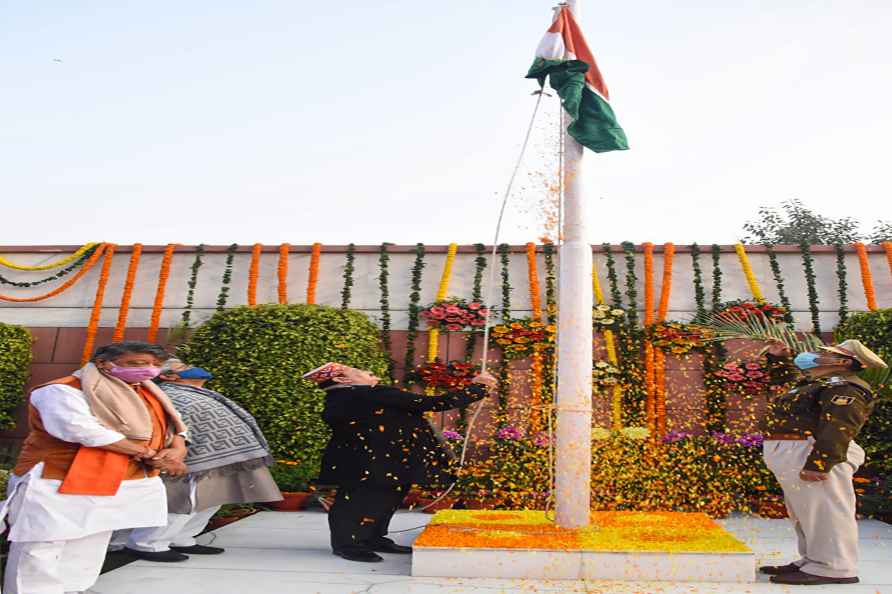 New Delhi, Oct 3 : BJP Chief J.P. Nadda will meet the national office bearers of the party's youth wing on Monday. In a statement, the Bharatiya Janata Yuva Morcha (BJYM) said that its national office bearers meeting will be held on October 4 at party headquarters here. "The national office bearers will receive guidance from the BJP chief Nadda," it said. Following this, on October 5 a meeting with all the national office bearers, national executive members, all state presidents and general secretaries will be held at the NDMC Convention Centre here. "The agenda of the BJYM's national executive meeting is to discuss roles and strategies for the upcoming state elections in several states due next year, to delegate responsibility for election campaigns and other events lined up and further discuss the role of today's youth in nation building. The future road-map on various issues will be thoroughly discussed and delivered in this meeting," it said. The Assembly polls are likely to be held in Uttar Pradesh, Uttarakhand, Punjab, Goa and Manipur in February-March next year. This would be the first national executive meeting of BJYM since Lok Sabha member Tejasvi Surya assumed charge as the national president in September last year. "It is expected that some key points related to further strengthening the organisational work will be delivered in this meeting. The Yuva Morcha will talk about numerous government schemes that have successfully benefitted millions of people and also further brain-storm to suggest new policies and schemes that would prove to be supportive and encouraging for the youth," the statement added. The BJP leadership has asked all its morchas to conclude their national executive meetings by October. A two-day executive meeting of the Schedule Caste (SC) Morcha was held in Varanasi and the Scheduled Tribes (ST) Morcha organised its national executive on September 23-24 in Ranchi. The BJP Mahila Morcha held its national executive in Dehradun on September 26-27. /IANS

S.Korea announces bill to allow singles to be eligible for full adoptions
Seoul, Nov 9 : The South Korean Justice Ministry announced on Tuesday that it has come up with a law revision to allow capable singles to become eligi

By Priyanka Kanoj Hyderabad, Nov 9 : 'Bigg Boss Telugu 5' has become one of the most-watched shows among the Telugu TV audience. With each passing day and the twists and turns in the show, the cont […]

Dakshina Kannada (Karnataka), Nov 9 : The police on Tuesday took a 35-year man into custody on charges of sending lewd messages to his fiance in Mangaluru. According to police, the accused, Srin […]

S.Korea announces bill to allow singles to be eligible for full adoptions

Seoul, Nov 9 : The South Korean Justice Ministry announced on Tuesday that it has come up with a law revision to allow capable singles to become eligible for full adoptions. The Ministry said it […]