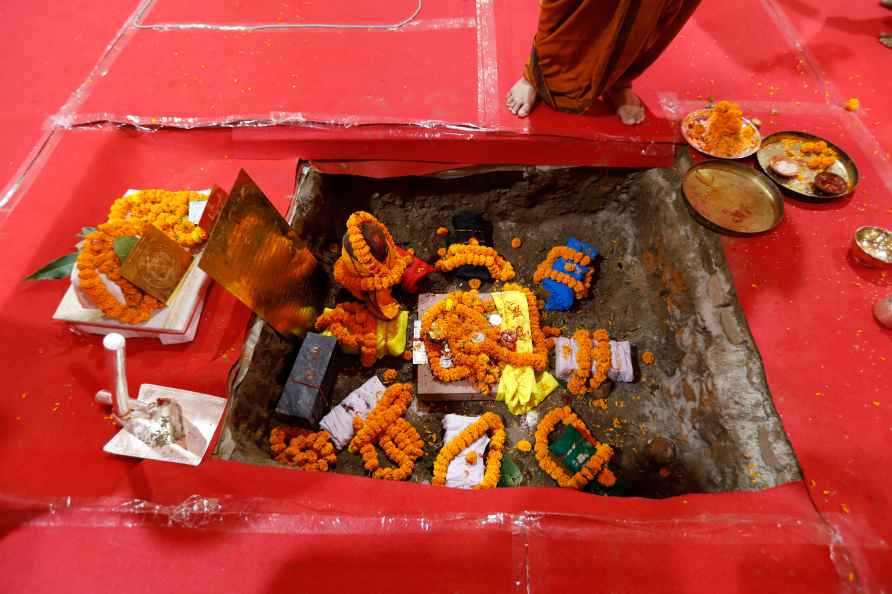 By Archana Sharma Jaipur, Oct 3 : Call it the need of the hour or a new start in the chapter of Indian democracy but politics, once termed as dirty and filthy, seems to be getting refined and redefined as veterans are braving odds to bring in words like trust, gratitude and praise for the opposition leaders, enhancing acceptance for them, setting newer political trends. They are breaking the political barriers to accept the 'goodness' of a leader sitting on the opposition side. The trend started recently when Prime Minister Narendra Modi openly praised Chief Minister Ashok Gehlot during the foundation stone laying ceremony of medical colleges in Banswara, Sirohi, Hanumangarh and Dausa districts on Thursday. Modi in fact thanked Gehlot for trusting him with a number of tasks and said this kind of "friendship, trust and faith" comes as the real strength of democracy. The Chief Minister opened his heart and expressed his faith in showing a strong relationship, said Modi showering praise on the act of Gehlot for trusting him. "I was listening to the CM of Rajasthan. He has given a long list of projects. His political ideology and party is different while mine is different, but he has so much faith in me. This friendship, trust and faith is the strength of democracy," Modi said. Gehlot had earlier requested the Prime Minister to take a decision for opening medical colleges in the remaining districts of Rajasthan and approve a medical device park in Jodhpur and a bulk drug park in Kota. A day after Modi showered praises on Gehlot, Congress veteran leader and former Madhya Pradesh CM Digvijaya Singh went gaga on the efforts taken by Union Minister Amit Shah. Shah found a special praise coming in from Digvijaya Singh on Friday when he was speaking to the media in Jaipur. Singh said, "Amit Shah made an elaborate arrangement of lodging and food while I was doing Narmada Parikrama." It was election time there! We were passing through jungles and in those times, a Forest Department officer came to me and said that you are passing through the forests, we have been told by Amit Shah to make roads and provide food and lodging. As Amit Shah cooperated, I thanked him," he said. These positive gestures of PM Modi and former CM of Madhya Pradesh have become a talk of the town in the desert state. Recently, Vaibhav Gehlot, son of CM Ashok Gehlot and RCA president, had also extended gratitude to Jai Shah, son of Amit Shah who is president for BCCI for helping in getting Jaipur host international cricket matches after eight years. These acts of veterans have triggered silent whispers if a new trend of breaking the political barriers and rise over petty politics to redefine and refine politics is on the anvil? New age media is bringing facts to the fore smartly and hence people are updated. The politicians need to work for the people as they are elected by the people and the government, in democracy, is of the people. Hope they understand the facts and work in public interest rising over petty politics. The world's largest democracy shall definitely script a history if this trend continues, a political analyst told IANS on condition of anonymity. /IANS

Prior to meeting Rahul, Sanjay Raut declares 'MVA a mini-UPA'

New Delhi/Mumbai, Dec 7 : Ahead of his meeting with Congress MP Rahul Gandhi, Shiv Sena MP and Chief Spokesperson Sanjay Raut on Tuesday said that the "Maha Vikas Aghadi government is like a mini-Unit […]