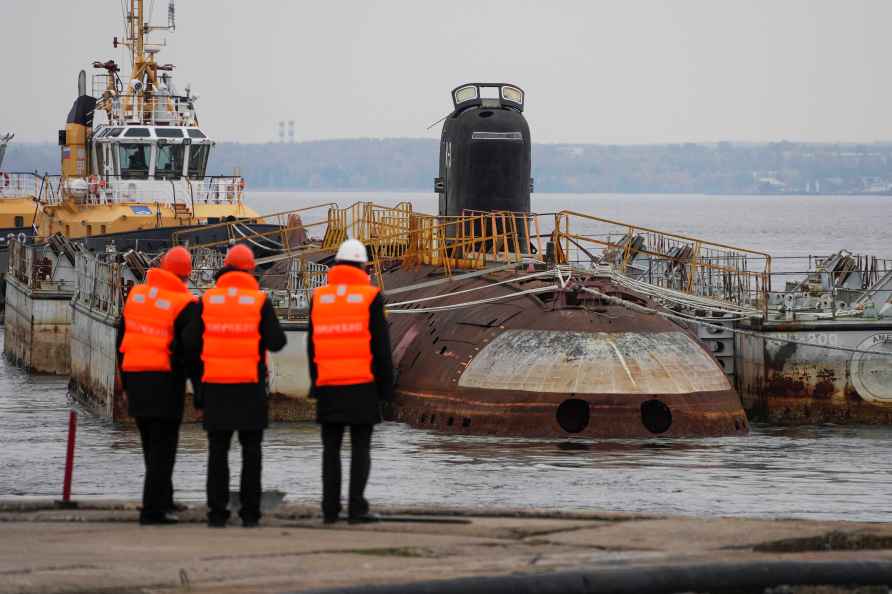 St. Petersburg: The Soviet submarine K-3 'Leninsky Komsomol' is transported supported by pontoons to Kronstadt Island, where it will be installed as a museum, in St. Petersburg, Russia, Friday, Oct. 1, 2021. K-3 'Leninsky Komsomol' (NATO reporting project name "November"), the first nuclear submarine of the Soviet Union was built in 1957 and based in Soviet Navy's Northern Fleet in Murmansk region. In 1967, while transiting the Norwegian Sea, 39 crew members of K-3 died in the fire. /AP-PTI