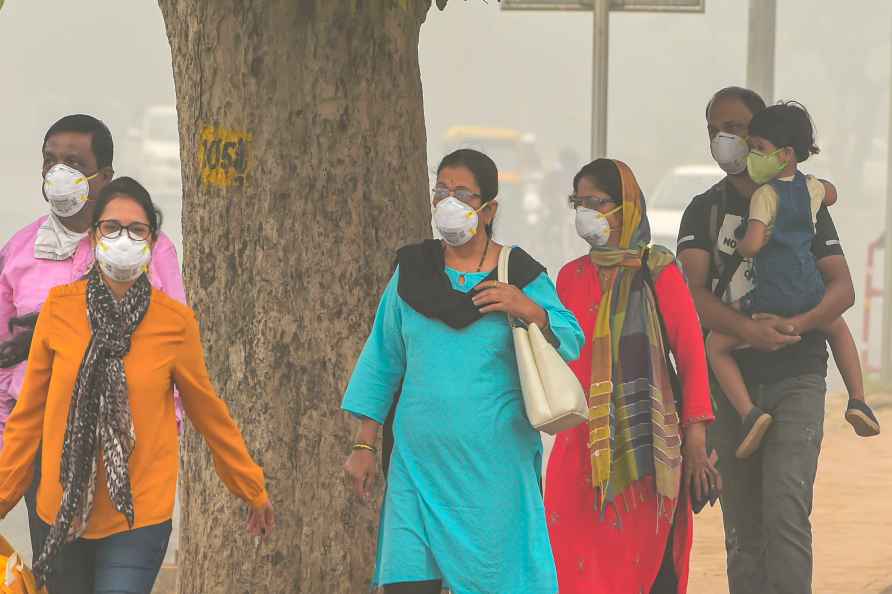 New Delhi, Sep 27 : Delhi is likely to witness generally cloudy sky on Monday with a possibility of light showers in some parts, the IMD said. None of the observatory stations received any rainfall on Sunday, the India Meteorological Department (IMD) said. The maximum temperature is likely to hover around 34 degrees Celsius and the minimum was recorded at 25 degrees Celsius. The maximum temperature on Sunday was 33.7 degrees Celsius, while the minimum was 26 degrees Celsius, two notches above normal. The IMD has predicted similar temperatures range for next three days along with generally cloudy sky and chances of light rain or drizzle. The air quality at Dwarka, near the IGI Airport was recorded with AQI of 93 (satisfactory), but at Ashok Vihar in north Delhi the AQI was 213 (poor) and at Dilshad Garden was 100 (satisfactory). /IANS

IPCC distributes final draft on pathways to tackle climate change
New Delhi, Nov 30 : The Intergovernmental Panel on Climate Change (IPCC) has distributed the final draft of the Working Group III contribution to the

San Francisco, Nov 30 : Amazon and retail giant Target are playing an 'outsized' role in the current congestion and pollution crisis at the Ports of Los Angeles and Long Beach in the US, a new study h […]

'Tech brought in more southpaws into cricket, intelligent systems will push the game'

By Vishnu Makhijani New Delhi, Nov 30 : Technology has brought in more left-handers into cricket as umpiring standards improved and along the way, "intelligent systems that understand the game bette […]

K'taka to hold meeting on 'Omicron'

Bengaluru, Nov 30 : Karnataka Health Minister K. Sudhakar will hold a meeting on Tuesday to discuss the possible impact of the new Covid variant 'Omicron' in the state and also to take a call on formu […]