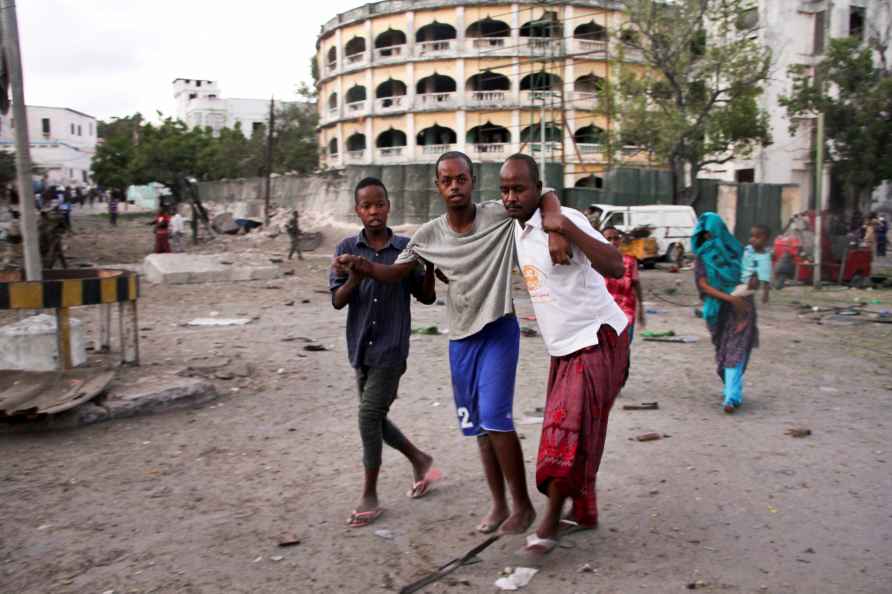 Mogadishu, Sep 26 : Seven people were killed and nine others injured in a suicide bombings at the El-Gab junction near the Presidential Palace in Mogadishu, the police in the Somalian capital said. Abdifatah Aden Hassan, the Somali police spokesman said a car laden with explosives was detonated near a checkpoint on Saturday, reports Xinhua news agency. "We know that seven people were killed and nine others injured in the blast," he said. Witnesses told Xinhua that the security forces were deployed to the scene to secure the place. "This was a huge explosion and when I tried to approach the scene, I saw cars were destroyed due to the impact of the explosion," Ahmed Ali, a witness, said. Al-Shabab which is fighting the government claimed responsibility for the attack. The group was routed from Mogadishu in 2011 by the allied forces and has had to abandon most of its strongholds, but it still controls vast rural areas and remains the key threat to peace in Somalia. /IANS

Maoist killed in encounter in Odisha
Bhubaneswar, Nov 28 : A senior cadre Maoist has been killed in an encounter with security forces during an anti-Moist operation in Odisha's Bolangir d

Hyderabad, Nov 29 : Bharat Biotech on Monday announced that it has commenced export of Covid-19 vaccine Covaxin. Long Pending export orders have been executed during November, to be further expa […]

Kanpur, Nov 29 : India picked up three crucial wickets, including one each on the first and last balls of the second session, to leave the final session of the ongoing first Test against New Zealand t […]

Barbados to leave the Crown seduced by Beijing's billions

New Delhi, Nov 29 : British media is posing the question if Barbados will live to regret kicking out the Queen and being seduced by Beijing's billions. The Prince of Wales will be guest of honou […]