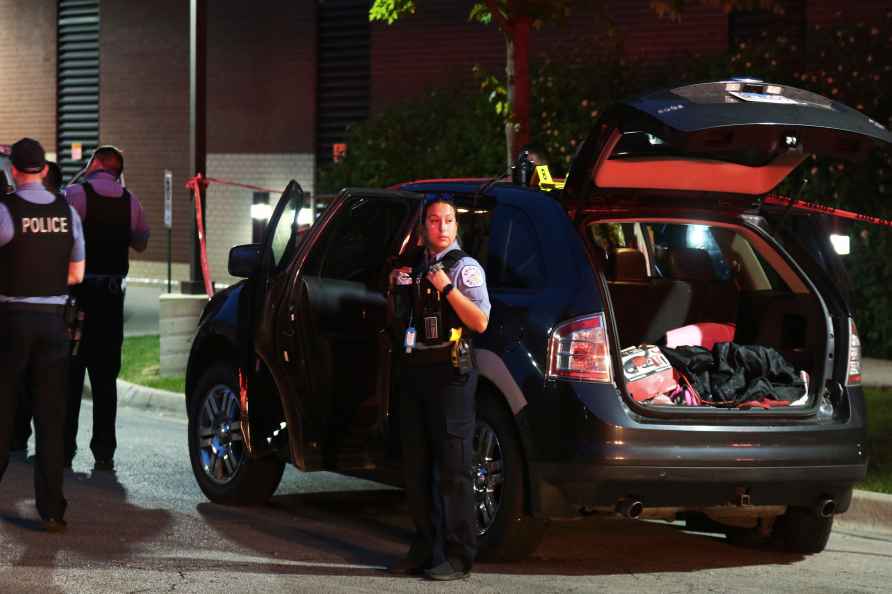 New York, Sep 25 : Larry June and Cardo have joined forces to deliver the seven-track mixtape 'Into The Late Night', which was produced in full by Cardo and features plenty of June's patented flows, reports Complex.com. Cardo made the announcement on his Instagram page on Friday night. "Out now !!! It's my f****ing GDAY show a gangsta some love...into the late night out now !!! @larryjunetfm...long live trey...trey world." 'Into the Late Night' envelops listeners into the cool embrace of nighttime wind from the passenger seat of a drop-top vehicle off the opening track. The Grammy-winning producer laces the tape with a combination of high energy, smooth, and groovy beats that make each song blend seamlessly with the next. Then enters Larry, delivering the type of inspiring performance fans have been ready for more of since he dropped his EP Orange Print earlier this year. The Bay Area native showed out on his last extended play, releasing visuals for tracks 'You Gotta' and 'Wait on Me' that both added fresh layers to the world June is building with his music. The mixtape comes with the announcement of Larry June's 'Orange Print' Pollstar Tour, starting on November 1 in Silver Spring, Maryland, and making nearly 30 stops in New York, Chicago, San Diego, and more before wrapping December 19 in Dallas. Ronald Nathan LaTour Jr professionally known as Cardo Got Wings or Cardo, is an American record producer and rapper. He has produced many rappers' albums and singles including Currency, 2 Chainz, Drake, Skepta, Kendrick Lamar, Travis Scott, ScHoolboy Q, Meek Mill, The Game, Wiz Khalifa, R. Kelly, Jeezy, Jay Z, Frank Dukes, and Swizz Beatz, among others. Larry is an American rapper s known for his EPs 'Larry' and 'Orange Season' and has toured with musicians such as Cousin Stizz, Berner, Curren$y, and Post Malone. He has released 19 underground projects, and is currently an independent artiste, having previously being signed to Warner Records. /IANS

IND v NZ, 2nd Test: This innings was all about grit and determination, says Agarwal

Mumbai, Dec 4 : India opener Mayank Agarwal said that his knock of 150 in the first innings during the ongoing second Test against New Zealand was all about grit and determination. He added that the b […]

Abu Dhabi, Dec 4 : Ireland batter Paul Stirling on Saturday said that he was "taken by surprise" to find out he is the highest run scorer in Abu Dhabi T10 history and doesn't expect to hold onto the a […]

Jaipur, Dec 4 : The family members of Wing Commander late Rajendra Kumar Sharda donated his mortal remains to the SMS Medical College in Jaipur on Saturday, as per the last wish of the veteran Indian […]