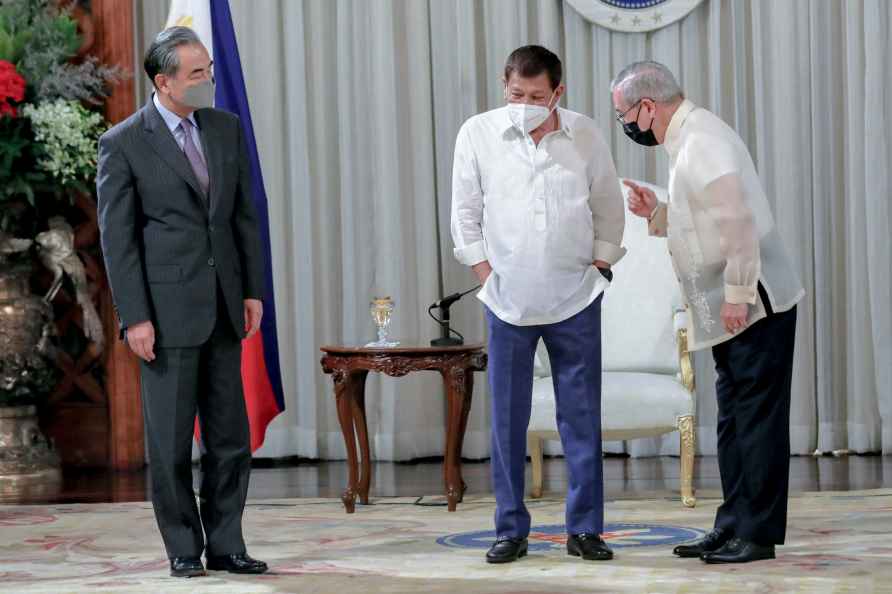 Manila, Sep 23 : Manila city Mayor Francisco Domagoso has formally announced his bid to contest in the 2022 Philippines presidential elections. "I now humbly ask you, my countrymen, please accept my application to become the president of the Philippines," Domagoso, 46, said during a political rally on Wednesday. "I may not give you a perfect government, but together we can make it better," the popular young politician vowed. Domagoso, better known by his celebrity nickname Isko Moreno, is the third politician to declare the candidacy for the May 2022 presidential election, reports Xinhua news agency. Boxing icon and senator Manny Pacquiao and incumbent senator Panfilo Lacson have also announced their plans to run for the top public position. Domagoso's camp has announced that the actor-turned mayor would bid with his vice presidential running mate, Willie Ong, a Chinese Filipino doctor who provides online medical advice to the poor people, with more than 16 million followers on Facebook. Domagoso was elected Mayor of the capital city in 2019. His political career began in 1998, when he was elected Manila Councillor at age 23. After serving three terms as councillor, he was elected Vice Mayor in 2007. After assuming office, Domagoso has been praised for his risky efforts to clean up and decongesting city streets. Candidates for the 2022 elections will officially file their certificate of candidacy in October. The elections will be held on May 9, 2022. The President and Vice President are elected separately. /IANS

Talks won't be meaningful under AFSPA shadow: NSCN-IM
Kohima, Dec 8 : The NSCN-IM on Wednesday while criticising Union Home Minister Amit Shah for his recent statement after the December 4 killing of 14 c

Washington, Dec 9 : US President Joe Biden has signed an executive order that requires the federal government to achieve a goal of net-zero carbon emissions by 2050. "As the single largest land […]

Not 'rare', but air crash of such magnitude occurred in 1963

By Arul Louis New York, Dec 9 : Hailing General Bipin Rawat's role in the transformation of India's military, US Defence Secretary Lloyd Austin said that he had left an " indelible mark" on defence […]

Ankara, Dec 9 : Turkish and Qatari companies will hold discussions on operating the airport in Afghanistan, and negotiate with the Taliban on the issue, state-run TRT broadcaster quoted Turkish Presid […]