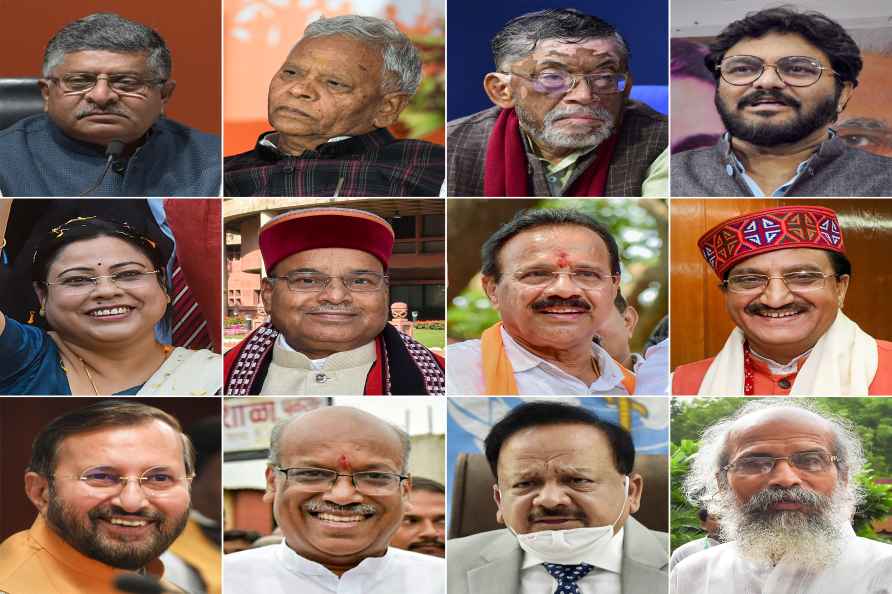 New Delhi, Sep 21 : Uncertainty looms over the new role of former union ministers, who were dropped from the Modi Cabinet in July, as they have yet to get any responsibility in the BJP so far. After the cabinet reshuffle there was speculation within the BJP that few of them would be accommodated in the organisational structure or may be given key responsibilities. Recently, the saffron party has made a few important appointments at centre including two national vice presidents and election in-charge or co-incharge in the poll bound states. In the on-going organisational appointment, these former ministers have not been given any new responsibility so far. On Monday, BJP chief J.P. Nadda appointed Lok Sabha member Dilip Ghosh and former governor of Uttarakhand Baby Rani Maurya as new national vice presidents of the party while Lok Sabha member Dr Sukanta Majumdar was appointed West Bengal BJP president replacing Ghosh. Earlier this month, while appointing election in-charge and co-incharge for poll bound Uttar Pradesh, Uttarakhand, Punjab, Goa and Manipur, party did not assign any role to these former union ministers. A party leader said that it was believed that two or three would be made office bearers but after Monday's appointment of national vice presidents, it seems that they are not going to get any key responsibilities in near future. On July 7, as many as 12 ministers were dropped from the council of ministers. Those who resigned from the Narendra Modi cabinet were -- D.V. Sadananda Gowda, Ravi Shankar Prasad, Ramesh Pokhriyal 'Nishank', Dr Harsh Vardhan, Prakash Javadekar, Santosh Kumar Gangwar, Babul Supriyo, Dhotre Sanjay Shamrao, Rattan Lal Kataria, Pratap Chandra Sarangi and Debasree Chaudhuri. Thaawarchand Gehlot had also resigned from the union cabinet and was later appointed governor of Karnataka. Last week, Supriyo joined the Mamata Banerjee's Trinamool Congress (TMC). During that reshuffle, three BJP national office bearers were made ministers in the union cabinet. BJP national general secretary, Bhupender Yadav has been made cabinet minister whereas party national vice president Annapurna Devi was appointed as minister along with BJP national secretary, Bisweshwar Tudu. A senior functionary said that performance was a reason for showing doors to these leaders from the union cabinet then it is unlikely that they will be given any key responsibilities. /IANS

New Delhi, Sep 21 : Uncertainty looms over the new role of former union ministers, who were dropped from the Modi Cabinet in July, as they have yet to get any responsibility in the BJP so far. A […]