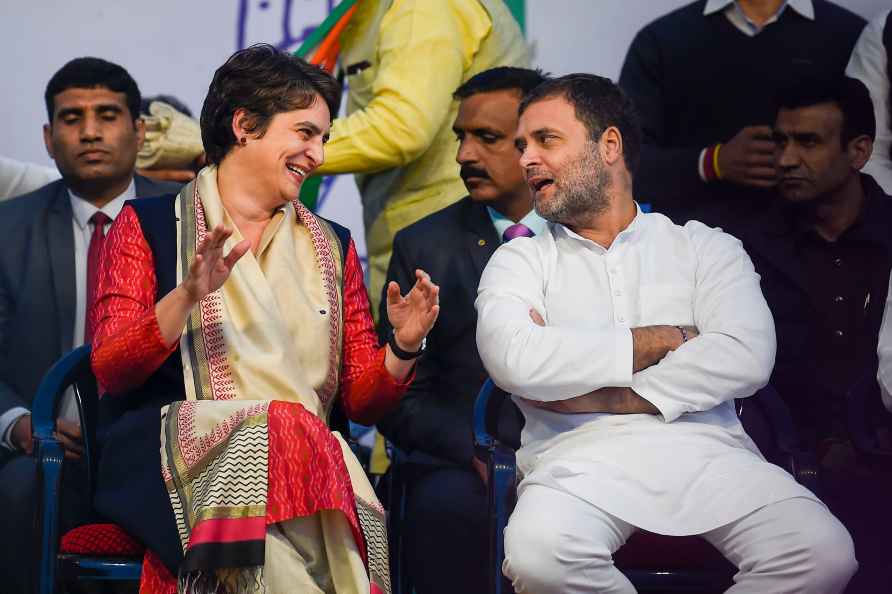 Lucknow, Sep 21 : With Congress General Secretary Priyanka Gandhi Vadra scheduled to kick off her election campaign for the upcoming Uttar Pradesh Assembly elections from September 29 in Meerut, a large section in the party is objecting to the timing of the rally. "The Congress, it seems, is consumed with a death wish. This is the 'Pitra Paksh' period, considered inauspicious by all Hindus, and launching the election campaign at this time is certainly not a good idea," said a veteran Congress leader. The Pitra Paksh period began on September 20 and will end on October 6. Most political parties are avoiding launching new campaigns during the Pitra Paksh period though they are going ahead with earlier programmes. According to party sources, Priyanka's tentative scheduled for rallies begins with Meerut (September 29), then goes to Varanasi (October 2), Agra (October 7), Gorakhpur (October 12), Azamgarh (October 17) and Prayagraj (October 18). "All Hindus strongly believe that no new initiative should be started during this period. In fact, people do not even buy new clothes in this fortnight. I do not know who is advising Priyanka or finalising her programme, but it would be better if the rallies begin after Pitra Paksh. A few days would not make much of a difference," said a Brahmin leader in the Congress. The Uttar Pradesh Assembly elections are slated to take place next year. In the 2017 Assembly elections, the BJP won a landslide victory winning 312 Assembly seats. The party secured a 39.67 per cent vote share in the elections for 403-member Assembly. The Samajwadi Party (SP) bagged 47 seats, BSP won 19 while Congress could manage to win only seven seats. /IANS

Ulan Bator, Nov 29 : Mongolia reported 190 new local infections of Covid-19 in the last 24 hours, the lowest number since March when 170 daily cases were reported, the health ministry said on Monday. […]

Hyderabad, Nov 29 : Anchor Ravi, who was one of the strongest contestants of 'Bigg Boss Telugu 5', was evicted from the house on Sunday and the fans are not happy. The episode which was hosted b […]

Mumbai, Nov 29 : Ram Madhavni's 'Aarya' has emerged as one of the most gripping crime thrillers. An official adaption of the hit Dutch series 'Penoza', the Sushmita Sen-starrer is returning with its s […]