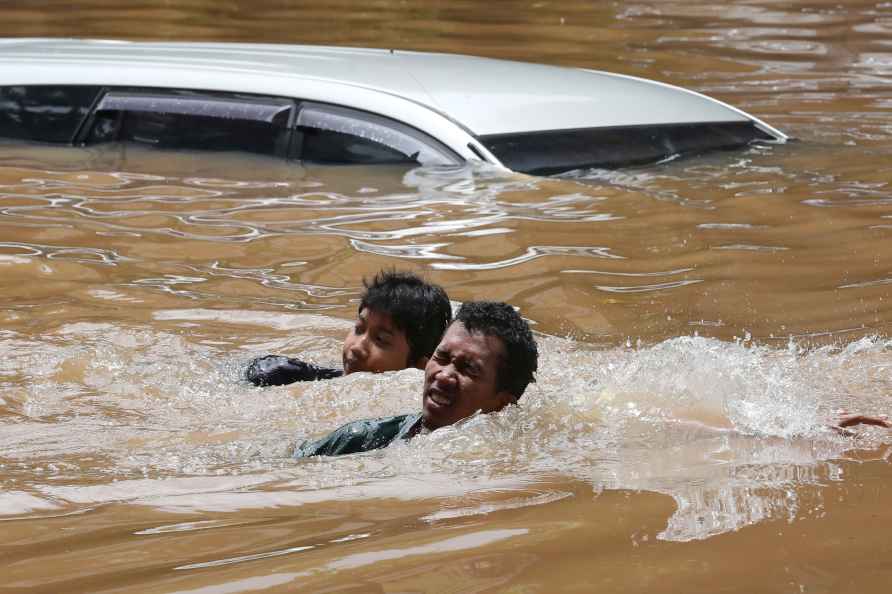 Agra, Sep 21 : Heavy showers lashed Agra Tuesday afternoon, flooding many parts of the city. Angry citizens blame the local administration and the municipal corporation for mess, as the whole city has been dug up for various projects -- from Metro to sewer lines. "In the morning it was all clear, but around 11 a.m., dark clouds began hovering threatening to unleash a heavy downpour. Before people could scurry to safe places, the sky opened up. "For more than hour, it rained c ats and dogs," said senior citizen Sudhir Gupta, who had gone to the LIC office at Sanjay Place. Most crossings on the busy MG Road, lifeline of the city, were deluged. Vehicles got stranded and the city's transport system grounded to a halt. At the Taj Mahal, tourists got drenched, as most did not carry umbrellas or raincoats, said tourist guide Ved Gautam. The busy Yamuna Kinara road was under water as vehicles got stuck in huge potholes, created by a new pipeline being laid to supply Ganga Jal to the Taj Ganj area. The rains are considered to be beneficial for the Kharif crop, though there w ere reports of water logging and traffic jams on most roads in the hinterland. The month of September has seen several good spells of rain after the dry August. Agra receives around 650 mm of rain annually. The current spell of rain will not only make up for the deficit but exceed the annual average in coming days, according to weathermen. /IANS

TN green activists against Film city project at Nilgiris
Chennai, Dec 4 : Environmentalists and social activists of Nilgiris have come out against suggestion by local Member of Parliament and former Union Mi

Public urged to inform TNPCB on single-use plastic units
Chennai, Dec 4 : Tamil Nadu has appealed to the general public to inform the Tamil Nadu Pollution Control Board (TNPCB) of the manufacturers of single

It is government's commitment to provide world's best technologies to BSF: Shah.

It is government's commitment to provide world's best technologies to BSF: Shah. […]