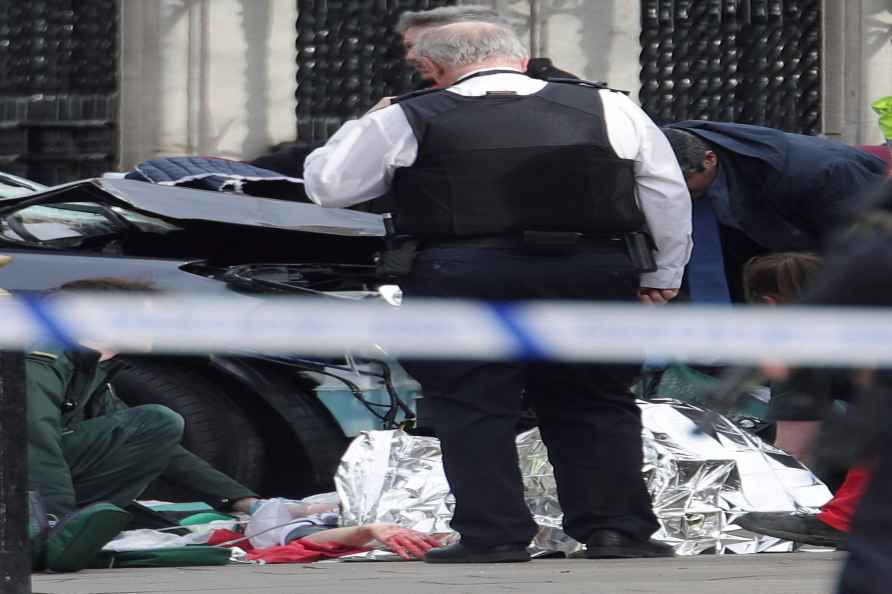 Bengaluru, Sep 21 : The Karnataka Police were grilling accused Jitendra Singh, arrested on charges of spying for Pakistan's Inter-Service Intelligence (ISI), for tracking down the network in Bengaluru. The City Crime Branch (CCB) in a joint operation with the Military Intelligence had arrested the accused on Monday. Sandeep Patil, the Joint Commissioner (Crime) stated that the accused has been remanded to police custody for 12 days for further interrogation. Police sources said that they have launched a hunt for four persons who were staying with him and presently have disappeared. The investigators are inquiring about his specific purpose of visiting Bengaluru,known as the IT capital of the country. The police have retrieved his mobile data and started tracking his contacts. The accused identified as Jitendra Singh hails from Barmer district in Rajasthan. The accused took the videos and photos of Army bases, firing ranges and movement of the Indian Army and then used to send them to the ISI agents, sources say. The accused wore an Indian Army uniform while taking photos and videos. After sending the videos, photos, voice messages he would delete them. However, the police officers have managed to retrieve all the deleted messages, sources said. The accused spy was trapped by a fake Facebook account called 'Neha Aka Pujaji'. The ISI had made friends with Jitendra Singh on Facebook as he had put up a picture of him in army uniform. Sources further said he got in touch with the ISI in 2016. After sweet talks for years, he was asked to send videos, photos and other information in return for a huge sum of money. The accused agreed and carried out their orders. He was paid digitally from different accounts, sources added. The military intelligence, after noticing the communication on Facebook between Jitendra Singh and Neha started monitoring the accounts. The account of Neha showed the IP address of Karachi in Pakistan. Jitendra had shifted to Bengaluru about two months ago. Here he posed as a footpath cloth merchant who sold clothes to shop keepers in Jolly Mohalla of Cottonpet, sources added. The Military Intelligence sleuths and Karnataka Police City Crime Branch (CCB) police picked him up in a joint operation. /IANS

EU, Russia, Iran optimistic after resumption of nuclear talks
Vienna, Nov 30 : Diplomats from EU, Russia and Iran in Vienna expressed optimism amid a fresh round of Iran nuclear talks aimed at reviving the 2015 n

Galle, Nov 30 : West Indies were 69/1 at stumps after bowling out Sri Lanka for 204 on a rain-curtailed Day 2 of the second Test at Galle International Stadium, here on Tuesday. Sri Lanka were 1 […]

Bengaluru, Nov 30 : Reassuring the people that there is no proposal to impose lockdown in the state, Karnataka Chief Minister Basavaraj Bommai on Tuesday again appealed to people not to heed to rumour […]