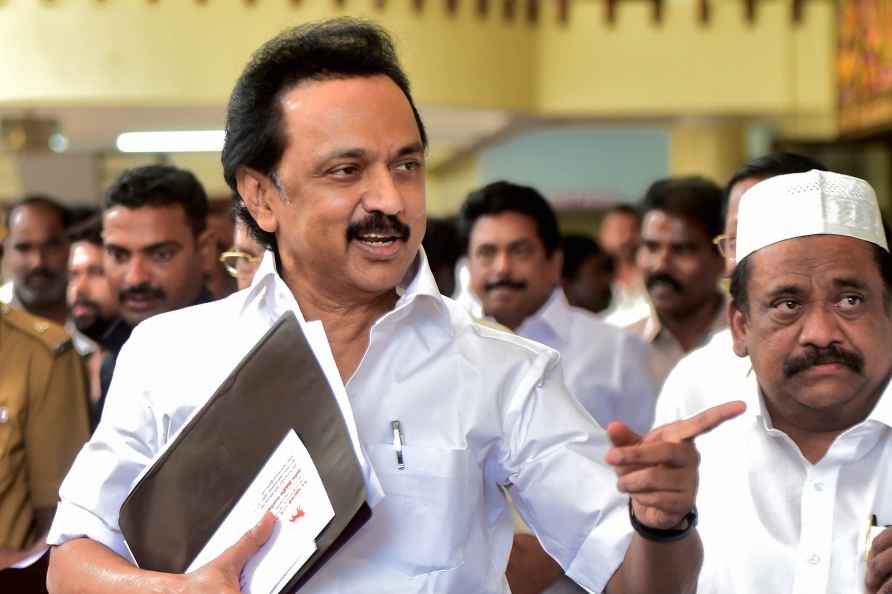 Chennai, Sep 21 : The seat-sharing in the ruling DMK front has hit a roadblock for the rural local body polls in nine districts of Tamil Nadu as allies complain that several district leaders of the DMK are not providing the allies with the requested seats. With September 22 being the last date for submission of nomination papers, the state leadership of the DMK has promised to intervene to iron out differences among the allies as well as the big brother attitude of party district leaders. There are possibilities of several rebel candidates filing nominations with expectations of the party-state leadership intervening and getting the seats for them before the last date of withdrawal of papers on September 25. Sources in the DMK said that there are certain issues in the seat-sharing and several allies are asking for seats disproportionate to their strength at the grassroots level. However allies beg to differ and a senior leader of the Congress party while speaking to IANS said, "The DMK district-level leaders have become very arrogant and are not providing the allies the requested seats and if at all they provide, they are allocating seats that don't have a chance to win. It is difficult to work like this but for the best interests of the coalition, we will continue with the front." In Vellore, the Congress party got only 136 Union councillor seats and only 1 seat in the 14 district councillor seats. The Congress has requested for 30 per cent of the seats but reduced to 10 per cent of the total seats. However, the DMK district leaders were adamant and provided only around 5 per cent of the seats. The allies like the MDMK, VCK, MMK, and TVK are also not happy with the seat-sharing conducted by the DMK. In the rural local body elections, the seat-sharing is generally conducted by the district leaders and the state unit does not interfere much in the same. R.S. Bharathi state organizing secretary of the DMK told IANS, "Earlier there were fewer parties in our alliance and now we have 9 parties and the district level leaders are trying their best to satisfy all parties and everything will be sorted out before the last date." /IANS

People with disabilities among hardest hit by pandemic: UN chief
United Nations, Dec 4 : On the International Day of Persons with Disabilities, which falls on December 3 annually, UN Secretary-General Antonio Guterr

Sharad Malhotra says he is open to working with newcomers

Mumbai, Dec 4 : Actor Sharad Malhotra has spoken about working in two music videos and his experience of working with freshers in the industry. "I have a couple of music videos that are lined up […]

Mumbai, Dec 4 : Actress Shanthipriya, who entered Bollywood and made her debut opposite Akshay Kumar in 'Saugandh' back in 1991, will now be seen in web series 'Dharavi Bank' which will feature her op […]

People with disabilities among hardest hit by pandemic: UN chief

United Nations, Dec 4 : On the International Day of Persons with Disabilities, which falls on December 3 annually, UN Secretary-General Antonio Guterres said that people with disabilities were among t […]