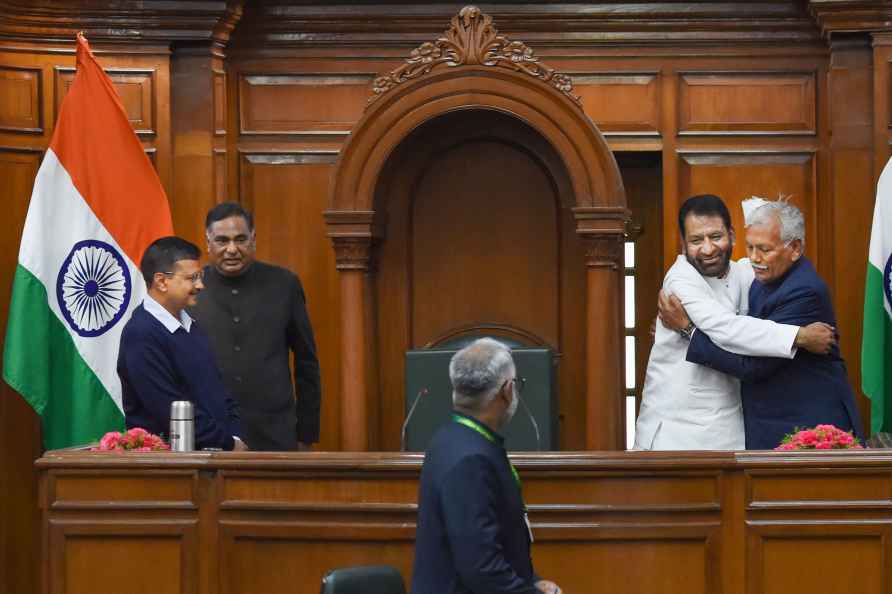 Bengaluru, Sep 21 : Even as the ruling BJP in Karnataka tabled The Karnataka Religious Structures (Protection) Bill 2021 in the Legislative Assembly, the issue of temple demolition is expected to dominate the session on Tuesday. The Congress is all set to launch an attack on BJP, questioning its commitment to protect the temples. The Congress has been attacking the government over the rising inflation and Siddaramaiah said there was a "criminal loot". The phrase 'Criminal loot' was coined by late former Prime Minister Atal Bihari Vajpayee over inflation against then Prime Minister Late Indira Gandhi over inflation at that point of time. Buoyed by an energetic start to the session with the bullock cart and cycle yatras, the opposition is getting ready to attack ruling the BJP questioning its commitment to Hindutva. Siddaramaiah, who has raised the issue of demolition of a temple near Nanjangud, has already embarrassed the ruling BJP. The opposition is also aiming to convey a message that BJP has taken the issue of temple demolition casually. Coming under severe pressure from all corners over the temple demolition issue, the ruling BJP which has come under fire by Hindutva forces is on a defensive mode and is therefore trying to enact a new law. The new Bill presented in the Assembly on Monday is aimed at protecting unauthorised places of worship that have come up in the state and face the threat of demolition in the backdrop of the Supreme Court order. It assures protection to all religious centres including temples, churches, mosques and other major religious constructions that have come up on the public property without permission. The Bill was tabled by Chief Minister Basavaraj Bommai after a decision in the cabinet. The enactment is expected to protect illegal religious centres across the state that have come up after the Supreme Court order in 2009 on playgrounds, parks, roads and other public places. As many as 6,300 religious structures have been ear marked as illegal across the state. The Bill also seeks to prevent illegal religious places coming up in public places in the future. Meanwhile, the state cabinet also approved the construction of the demolished Huchgani Mahadevamma temple in Nanjangud taluk of Mysuru district by the state unit of BJP. The state government has also issued notice to the Mysuru district administration in connection with demolition of the temple. The Mangaluru police have booked eight people of Akhila Bharatha Hindu Mahasabha in connection with issuing death threats to Bommai in a press conference over the temple demolition issue. Four people have been arrested so far. They allegedly threatened, "when we did not spare Gandhiji, who are you." The Hindu Jagaran Vedike members have staged a massive rally in Mysuru in this connection. /IANS

Mumbai, Dec 7 : Actor Rohit Purohit has been roped in to play the character of Dr Vikrant Saxena in the new show 'Dhadkan Zindagii Kii'. He talks about his character, the show, how donning the […]

Vienna, Dec 7 : The federal government of Austria was reshuffled and Karl Nehammer has been sworn in as the country's new Chancellor. Nehammer, 49, was General Secretary of the ruling conservati […]

New Delhi, Dec 7 : In a bid to empower gamers, PC maker HP on Tuesday added a new notebook -- HP OMEN 16 -- to its gaming PC portfolio in India. The gaming notebook is available for purchase at […]