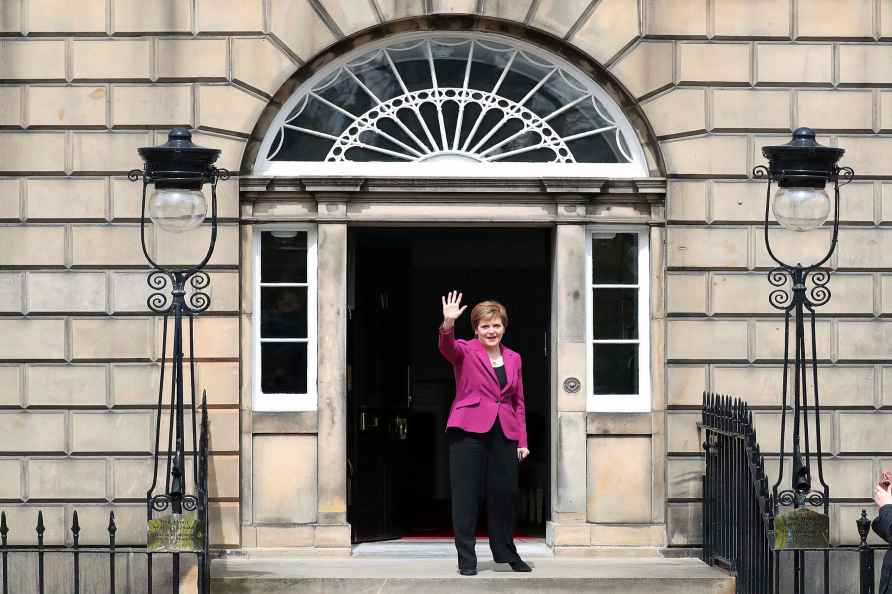 London, Sep 21 : A new poll has revealed that 47 per cent of Scottish voters would support Scotland remaining in the UK, while 44 per cent favoured independence. Released on Monday, the Scotland Independence Voting Intention poll conducted by Redfield and Wilton Strategies, a London-based market researcher, showed that 43 per cent of the 1,000 voters surveyed said they agreed that Scotland should only hold a second independence referendum if the British government agrees to it, while 38 per cent disagreed. Respondents backed Scotland remaining in the UK by 47 per cent to 44 per cent, which is a narrower margin than the 55 per cent to 45 per cent result in 2014 referendum, reports Xinhua news agency. About 9 per cent of voters polled remained undecided. On the matter of timing for referendum, 50 per cent of voters were against the idea of holding a vote next year, while 41 per cent support that one referendum should be held during the next five years. In a speech delivered to the Scottish National Party's (SNP) autumn conference last week, First Minister Nicola Sturgeon said the SNP intended to offer the Scottish people a choice in a legal referendum on independence from the UK by the end of 2023 if the Covid-19 pandemic is under control. Soon after Sturgeon's party secured the fourth consecutive victory in the Scottish parliamentary election in May, she pledged to push for a second independence referendum when the pandemic crisis has passed. British Prime Minister Boris Johnson has previously said he will not approve a second independence referendum. /IANS

Majority favour Scotland staying in UK: Poll
London, Sep 21 : A new poll has revealed that 47 per cent of Scottish voters would support Scotland remaining in the UK, while 44 per cent favoured in

Canadians vote to elect new PM
Ottawa, Sep 21 : Canadians headed to the polls across the country to choose a new Prime Minister who will form the next federal government after a 36-

London, Sep 21 : A new poll has revealed that 47 per cent of Scottish voters would support Scotland remaining in the UK, while 44 per cent favoured independence. Released on Monday, the Scotland […]

Tahir Raj Bhasin: Working with Nawazuddin on 'Manto' was a live masterclass

Mumbai, Sep 21 : Tahir Raj Bhasin has gone down memory lane as his movie 'Manto' has completed three years of its release in Hindi cinema. He says working with actor Nawazuddin Siddiqui on the film wa […]

San Francisco, Sep 21 : Google is planning to launch its Pixel 6 as well as Pixel 6 Pro smartphones in October and now a new listing on Taiwan's NCC database reveals the Pixel 6 Pro (identifier GLU0G) […]