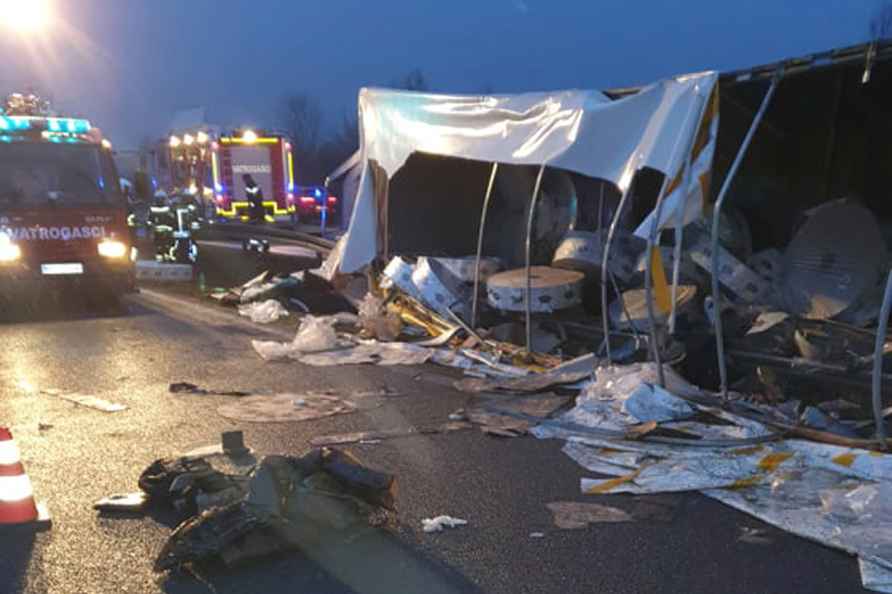 Bengaluru, Sep 21 : In a potential major tragedy, a truck collided with a passenger train while crossing railway tracks on the outskirts of Bengaluru on Monday night but no deaths or injuries were reported, officials said. The incident occurred near Avalahalli village near Anekal town between Karmelaram and Hilalige railway stations as the Mysore-Mayiladuthurai Express Train was passing. While the train engine was completely damaged and the truck broke into three pieces, the train, which had over 1,000 people on board, thankfully did not derail. The incident took place at about 9 p.m. as the truck driver unknowingly took his vehicle on a prohibited road and did not see the coming train, leading to the collision, Byappanahalli railway police rushed to the spot, and amid incessant rains and pitch darkness, the repair work was undertaken. Divisional Railway Manager Shyam Singh said that there was no derailment of the train and also there were no casualties or cases of injuries. /IANS

3 cousins of bride killed in accident in UP
Agra, Nov 22 : Wedding celebrations turned into mourning when three cousins of the bride were killed in a road accident here. The accident took

UN Chief calls for traffic safety with one death every 24 sec
United Nations (New York), Nov 22 : UN Secretary General, Antonio Guterres has called for protection of life at a time when traffic accidents kill a l

Abhishek Banerjee, Barkha Singh to star in 'The Great Wedding of Munnes'

Mumbai, Nov 23 : Abhishek Banerjee and Barkha Singh will be seen playing the main leads in the under-production Jio Studios Original web series 'The Great Wedding of Munnes', created and produced by R […]

Meerut, Nov 23 : Srikesh Kumar, who had been kept in the mortuary freezer for more than seven hours after being presumed dead, has now slipped into coma. The 40-year-old has been admitted at the […]

Seoul, Nov 23 : South Korean Prime Minister Kim Boo-kyum has ruled out the possibility of a Cabinet reshuffle in the final months of the current administration amid rumours that some members could qui […]