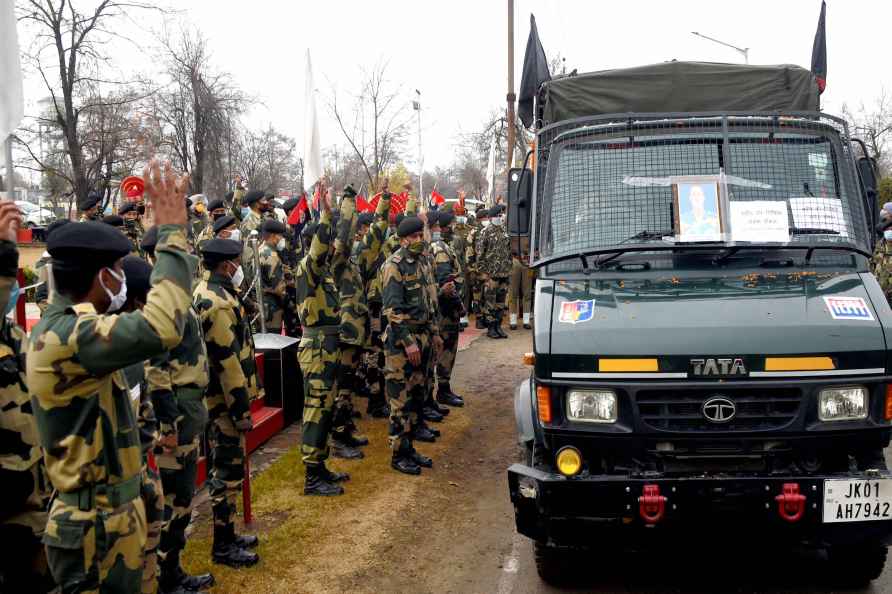 Srinagar, Sep 19 : The Army is carrying a search operation along the LoC's Uri sector in Jammu and Kashmir's Baramulla district after detecting some "suspicious movement", officials said on Sunday. "On the intervening night of 18/19 Sep 2021, suspicious movement was detected along the LoC in Uri Sector. Search of the area is under progress," an army official said. There has been a spurt in attempts of infiltration at the LoC. A Pakistani national was among the two terrorists killed at the LoC in Poonch after an infiltration bid was foiled by the army on August 30. /IANS

Iran calls on IAEA to maintain 'technical cooperation'
Tehran, Nov 23 : The Iranian Foreign Ministry insisted on Monday that the International Atomic Energy Agency (IAEA) should "stay in the path of techni

New Delhi, Nov 23 : The Supreme Court on Tuesday sought a detailed security arrangement plan from the Tripura government to ensure free and fair municipal elections slated on November 25 and also for […]