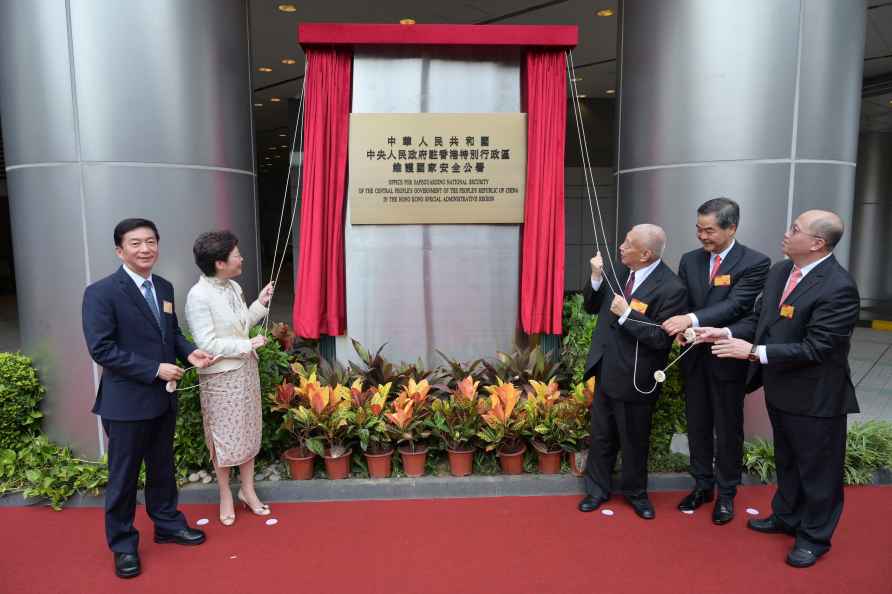 Jammu, Sep 15 : J&K Director General of Police, Dilbag Singh on Wednesday chaired a high-level meeting in Jammu to review the region's security scenario. At the meeting, attended by ADGP, Jammu, Mukesh Singh and other senior officers, he stressed on further augmenting the intelligence and security grids so that no room is given to the elements inimical to peace in view of the ongoing attempts of infiltration from across the border and increased drone activities by rogue and anti-national elements. The DGP dwelt on the critical importance of maintaining a sustained close watch on the ground situation and real-time coordination and synergy between different security forces to foil the attempts of elements inimical to peace. Reiterating the use of technology in strengthening the security grids, he laid emphasis on seeking the cooperation of the people in strengthening the border grid. He said that Pakistan-backed terror groups and their associates are continuously attempting to foment trouble in J&K and added that any such attempt would be foiled with fortitude. He called for maintenance of effective coordination and sharing of each and every valuable information so that immediate action is taken as and when required. He also noted that despite the ceasefire, infiltration attempts are being made. /IANS

At least 8 killed in car bombing in Somali capital
Mogadishu, Nov 25 : At least eight people were confirmed dead and 17 injured in a suicide car bombing here early Thursday, the police said. A po

Mumbai, Nov 26 : Actress Mugdha Chapekar, who plays a prominent role in the show 'Kumkum Bhagya', has talked about the leap that the serial is going to take. She promises it will bring a lot of "twist […]

Anushka reacts on Priyanka roasting Nick Jonas: How good are you in this!

Days after denial of permission, scaled down Sunburn EDM festival to be held in Goa

Bengaluru, Nov 26 : Karnataka Chief Minister Basavaraj Bommai, who is facing yet another challenge of defending his government on major allegations of forcing contractors to pay off 40 per cent kickba […]