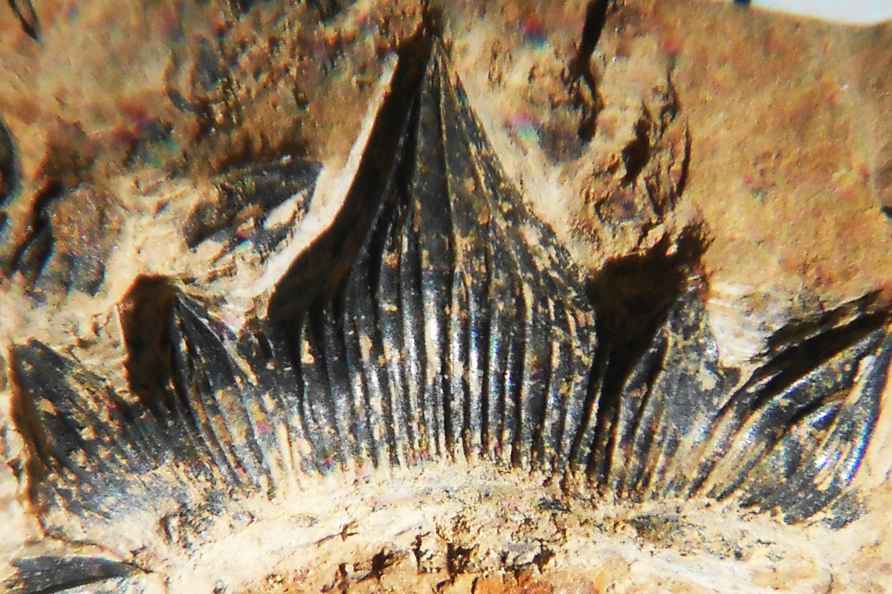 Jaipur, Sep 15 : In a rare discovery, the teeth of a new species of hybodont shark of the Jurassic era have been reported found for the first time in Jaisalmer by a team comprising of Krishna Kumar, Pragya Pandey, Triparna Ghosh and Debasish Bhattacharya from the Geological Survey of India (GSI), Western Region, Jaipur. This finding has been published in Historical Biology, a Journal of Palaeontology, in its August, 2021, 4th issue. Prof Sunil Bajpai, heading the department of earth sciences, Indian Institute of Technology, Roorkee, who is a co-author of this publication, played a significant role in the identification and documentation of this discovery. According to Krishna Kumar, senior geologist, palaeontology division, Western Region, "Hybodont sharks have been reported for the first time from the Jurassic rocks (approximately, between 160 and 168 million years old) in the Jaisalmer region of Rajasthan. They comprise an extinct group of sharks, which was a dominant group of fishes in both marine and fluvial environments during the Triassic and early Jurassic time. However, hybodont sharks started to decline in marine environments from the Middle Jurassic onwards until they formed a relatively minor component of open-marine shark assemblages. Hybodonts finally became extinct at the end of the Cretaceous period 65 million years ago." The newly discovered crushing teeth in Jaisalmer represent a new species named by the research team as 'Strophodusjaisalmerensis'. The genus Strophodus has been identified for the first time in the Indian sub-continent and is only the third such record from Asia, the other two being from Japan and Thailand. This species has recently been included in the Shark references.com, an international platform operating in association with International Union for Conservation of Nature (IUCN), Species Survival Commission (SSC), and Germany. This discovery marks an important milestone in the study of Jurassic vertebrate fossils in the Jaisalmer region of Rajasthan, and it opens a new window for further research in the domain of vertebrate fossils. /IANS

Captured tiger to be treated at Mysuru Zoo
Mysuru (Karnataka), Oct 16 : An adult tiger that was captured by Tamil Nadu forest officials at the Madhumalai Tiger Reserve will be treated at the My

Modi to address big rally in Varanasi on Oct 25

Varanasi, Oct 17 : Prime Minister Narendra Modi will address one of the biggest rallies in his constituency, Varanasi on October 25, ahead of the Uttar Pradesh Assembly polls scheduled early next year […]

Panaji, Oct 17 : Even as Union Home Minister Amit Shah earlier this week urged the BJP workers to work towards ensuring full majority for the party in the 2022 Assembly polls in Goa, the party's ongoi […]

Bengaluru, Oct 17 : The recently concluded Dasara festivities followed by the weekend have proved to be a boost for the tourism sector in Karnataka. Amid the fears of Covid-19, a record number of peop […]