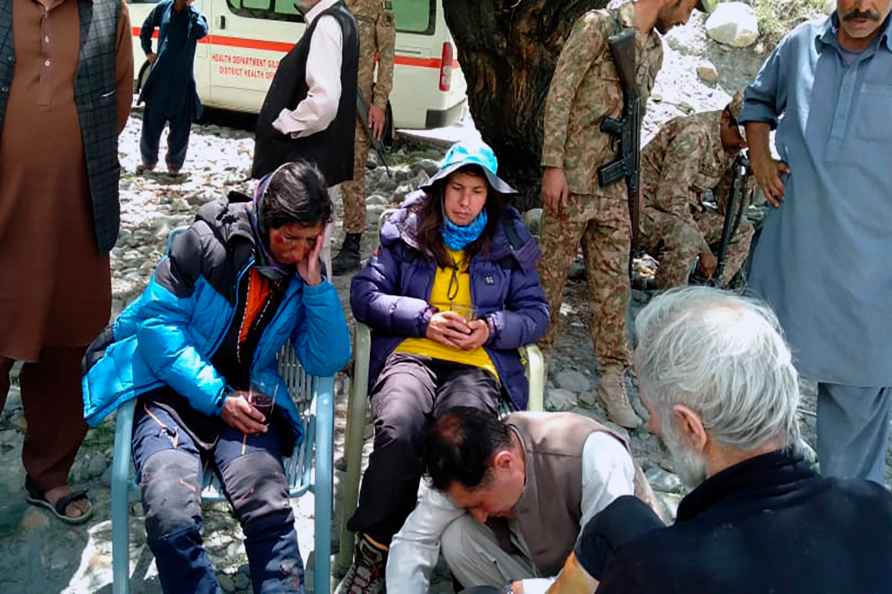 Islamabad, Sep 15 : A Pakistan Army helicopter has rescued three stranded mountaineers, including a Pakistani, from the Rakaposhi Mountain on Wednesday morning. A Pakistani climber named Wajidullah Nagri, and two Czech Republic mountaineers had been stuck at an altitude of 6,900 metres on the mountain for the past five days, the Geo TV reported. Taking to Twitter, Deputy Commissioner Nagar Zulqarnain Khan confirmed all three mountaineers have been rescued by the army. He said that the mountaineers have been shifted to Gilgit and thanked the Pakistan Army for saving the lives of the stranded mountaineers. Helicopters to rescue the climbers had arrived in Hunza on Sunday and started a rescue operation to bring them back. /IANS

Enforced disappearances in Pak: Judge shouted, berated families with harsh language
By Sanjeev Sharma New Delhi, Nov 23 : Families of disappeared people in Pakistan reported that their efforts to compel authorities to return their

Women take to the streets in Gwadar for the first time

New Delhi, Nov 30 : Hundreds of women have taken to the streets in Gwadar, the coastal city of Balochistan which is known as the centre of China Pakistan Economic Corridor (CPEC), to protest against i […]