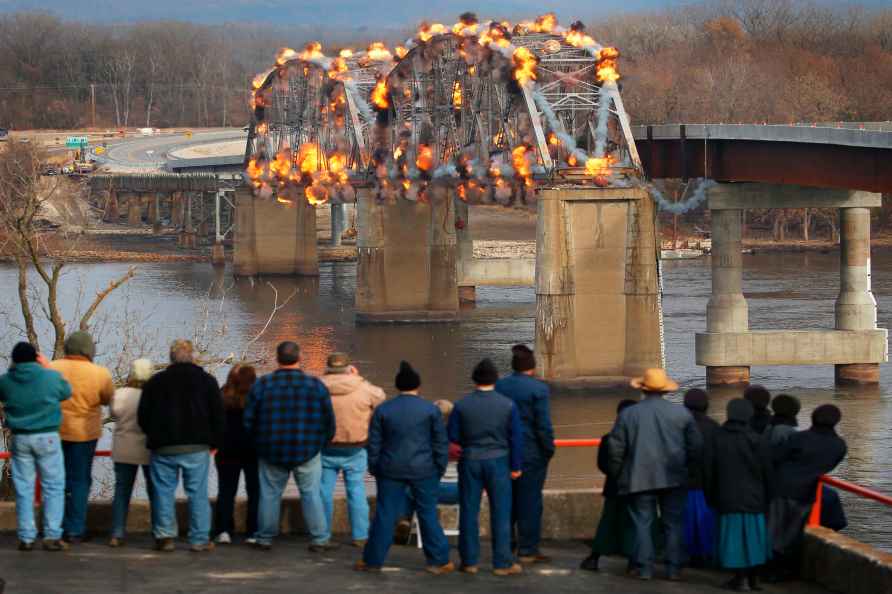 New Delhi, Aug 27 : River water disputes are not a new phenomenon in India! This one is set in Southern India in the 1st century CE. With the Pandyas conquered, the Cheras all but vanquished and the attention of the king fixed on other lands, Tamilakam is flourishing under Chola rule. Trade in the Chola capital, Puhar, is booming, and King Karikalan's most ambitious infrastructure project is finally becoming a reality: a dam, the Grand Anicut, is being constructed to divert the waters of the Kaveri, to the elation of farmers across the land - and the discontent of the trader class. Amid all this, the arrival of a Roman ship carrying the merchant prince Marcellus sets off a series of events that will alter the fate of Tamilakam. Marcellus is here for more than the spices, gems and circus animals; he is here on a mission from his father, one that will lead him right into the underbelly of this prosperous realm. He encounters spies and robbers, monks and dacoits, innkeepers and street vendors, each with hidden motives - but the Roman has his own secrets, which threaten to set ablaze the simmering tensions that divide the kingdom. Rich in historical detail, Veena Muthuraman's action-packed "The Grand Anicut" (Hachette) is a fascinating journey into one of the greatest periods in Indian history. Veena Muthuraman was born and raised in Thiruvananthapuram, India. She took the long and winding path through Chicago and London to Edinburgh in Scotland where she currently lives. Her debut collection of short stories, A Place of No Importance, set in a place reminiscent of where her roots lie in rural Tamil Nadu, was published in 2016. Her stories and reviews have appeared in Eclectica, Wasafiri and Scroll.in, among other publications. "The Grand Anicut" is her first novel. /IANS

India set to witness its SpaceX moment soon: Agnikul CEO
By Nishant Arora New Delhi, Oct 3 : The day is not far when India will see its own mega private aerospace company like Elon Musk-owns SpaceX or Jef

Tiger causing 'human deaths' in TN's Udhagamandalam to be hunted down
Chennai, Oct 1 : Tamil Nadu's Chief Wildlife Warden, Shekar Kumar Niraj has issued orders to hunt down the tiger which is being held responsible for h

Mumbai, Oct 3 : Rajasthan Royals' pace of scoring against Chennai Super Kings has left Saba Karim amazed, with the former India selector saying on Sunday that "It was unbelievable". Despite CSK […]

NZ flag carrier to introduce 'no jab, no fly for int'l travellers

Wellington, Oct 3 : Air New Zealand announced on Sunday that it will ask customers to get ready for international travel by getting fully vaccinated against Covid-19. "We're getting ready to rec […]

Nearly 1 in 2 people in Europe have skin problem: Study

London, Oct 3 : Almost half (47.9 per cent) of the European general population above 18-years-old declared at least one dermatological condition in the past 12 months, finds a new study. The fin […]