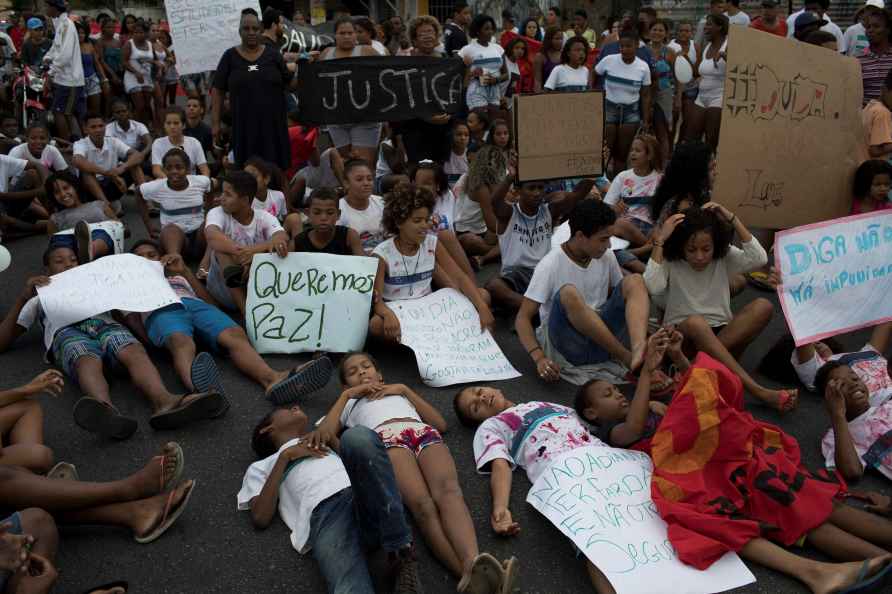 Mysuru (Karnataka) Aug 27 : The special team investigating into the case of Mysuru gang rape case has recorded the statement of the male friend of the victim, said police sources on Friday. The friend has narrated the horror they went through on August 24. The youth stated that the place they went has been familiar to him and he used to jog every day on that stretch. He has told police that all the accused were between the age group of 25 to 30 years. "After the classes, at about 7.30 p.m., we went on bike. I went in front of the JSS Ayurvedic college road and reached the spot after going through Water tank kacha (not asphalted) road which is known to me. We were taking a walk on that stretch when all of a sudden six men surrounded us," he told the police. He explained that they started beating him with sticks. One slender fellow among them smashed his forehead with a small boulder. He was attacked until he became unconscious. "When I woke up, I found four people surrounding me. I asked where my girlfriend is. Two of them dragged her out of the bush and laid her beside me. She seemed unconscious and injuries were found all over," he has told police. The rapists further snatched his mobile and made him call his father to arrange for Rs 3 lakh immediately. It is not yet known whether rapists got the money before releasing the girl and her male friend. Preliminary investigations revealed that the rapists had stripped her and made video of the incident. They had threatened both that if they spoke about it, their video would be made viral. The incident came to light after the girl got admitted to the hospital. Meanwhile, Chief Minister Basavaraj Bommai has instructed the Director General and Inspector General of Police (DG & IGP) Praveen Sood to visit Mysuru and hold a meeting with the officers to expedite the investigation. Home Minister Araga Jnanendra who is in Mysuru, visited the Chamundi hill. Speaking to reporters, he said that he had prayed to Goddess Chamundeshwari to take care of the crimes. "I have prayed to the goddess to absolutely stop crimes from taking place rather than asking just for prevention," he maintained. He also said that he had prayed before the deity to give strength to him as well as the police department. He further said that it has become tough for the police to crack the case as they are not getting proper inputs from the victims. The boy is talking to the police. There is no information available on the accused persons. Additional DGP Pratap Reddy who is in-charge of the special team said, the gang rape incident is a challenging case for the police. The officers are conducting investigations without the statement of the girl. The investigation is based on the statements of the male friend of the victim, he said. Case has been registered under IPC 376 D (gang rape) and 397 (dacoity). Five teams have been formed to crack the case. Bright officers have been roped in from other districts. "The Karnataka Police have cracked many difficult cases. We will solve this case and arrest the culprits. Regain the confidence and trust of people," he said. /IANS

Ecuador jail riot: Death toll exceeds 100
Quito, Sep 30 : Ecuadorian officials have said more than 100 inmates were killed in a prison riot in the southwest port city of Guayaquil, after init

Tunis, Sep 30 : Tunisian President Kais Saied on Wednesday appointed Najla Bouden Romdhane as the first female prime minister in his country to form a new government, according to the presidency. […]

Katy Perry: Motherhood was my first experience of 'unconditional love'

Preparations ahead of Gandhi Jayanti