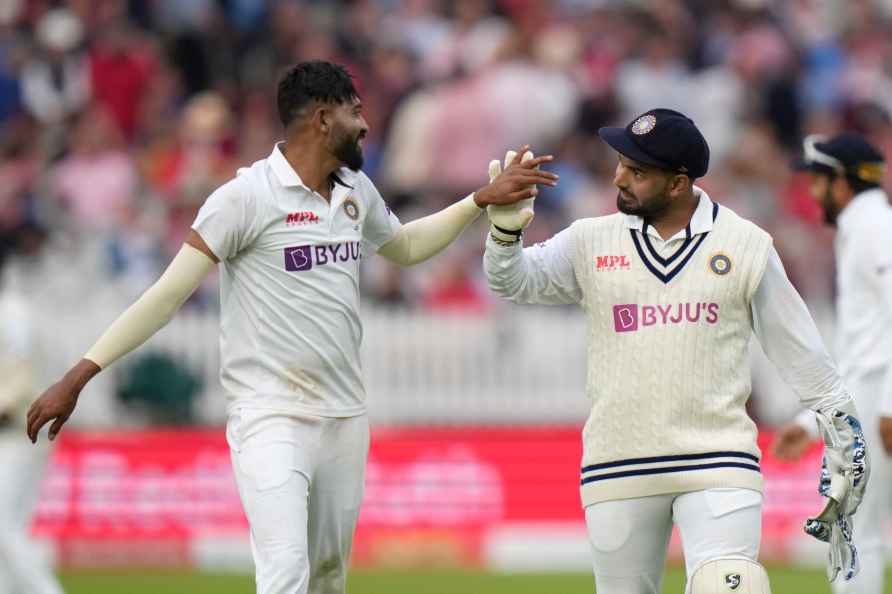 London, Aug 20 : Thorough preparation for 40-50 days in the lead-up to Test series against England helped K.L. Rahul adapt to the opening batsmans role with ease, a member of the Indian team management has revealed. "Rahul was the fourth opener going into the series, but his preparation has been extraordinary. I have been feeding him a lot of throw-downs," said India's fielding coach R Sridhar. "How to play, the bat angles, the contact points. He has analysed all these and had a good 40-50 days of practice. That's why he is batting the way he is batting," the 51-year-old said on the Youtube channel of R Ashwin. The former left-arm spinner said that it all boils down to preparation "He has found some ways to score runs in England as an opener, even back in 2018 where he scored a 100 at The Oval. Not many openers succeed in England. Even the English openers average less than 35," added Sridhar. "It all boils down to preparation and wanting to play Test cricket again." In two Tests played so far, Rahul has scored 244 runs at an average of 61.00, hitting a century (129) and a half-century. /IANS

Bangalore win toss and elect to bat first against Kolkata
[Abu Dhabi: Virat Kohli,captain of Royal Challengers Bangalore, walks back to the pavilion after getting out during match 31 of the Vivo Indian Premie

Delighted that we have put IPL back on track: Jay Shah
New Delhi, Sep 19 : BCCI secretary Jay Shah on Sunday said that everyone on the board is delighted to have put the Indian Premier League (IPL) 2021 se

Lucknow, Sep 19 : The Yogi Adityanath government in Uttar Pradesh has now issued fresh guidelines, extending the number of guests at weddings and other functions to 100. According to an order by […]

London, Sep 19 : After facing backlash for its coverage of origins of the Covid pandemic, the much acclaimed scientific journal -- The Lancet has now published an 'alternative view' from 16 scientists […]

Mackay, Sep 19 : Australia bowling coach Ben Sawyer said on Sunday that India are a world-class batting line-up, having seen a lot of their batting. He also said that the pacer selections for his team […]