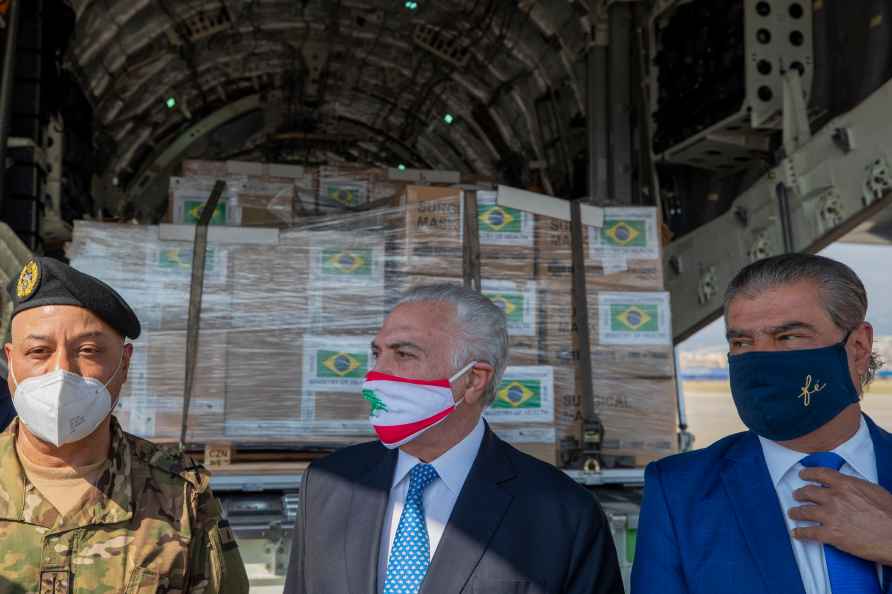 Islamabad, Aug 13 : Three employees were killed and two others injured when an explosion took place inside a defence industrial complex in Rawalpindi district of Pakistan's east Punjab province on Thursday evening, an army statement said. The accident happened due to a technical fault in one of the plants of Pakistan Ordnance Factories (POF) in Wah Cantt town of the district, located some 37 km northwest of Islamabad, the Xinhua news agency reported. The accident site has been cleared and the situation has been controlled by POF technical emergency response team, the military's media wing Inter-Services Public Relations said in the statement. The explosion shattered window glasses of nearby houses and sent a shockwave in the whole town, creating panic among the people, according to local media and sources. Talking to Xinhua on condition of anonymity, military sources from the factories said that small explosions normally happen during stacking and transferring of sensitive materials, but the one on Thursday evening was a powerful one. /IANS

7 killed, 28 injured in Pak accident
Islamabad, Oct 4 : Seven people were killed and 28 others injured when a passenger bus fell off from a flyover in Khanewal district of Pakistan's Punj

Bengaluru, Oct 14 : The Backward Classes and Minorities Welfare Department in Karnataka has ordered the officers to conduct a survey of both official and non-official Christian missionaries functionin […]

Patna: People wait in queues at a temple to offer prayers on the...

Patna: People wait in queues at a temple to offer prayers on the occasion of 'Maha Navami' during the Navratri festival, in Patna, Thursday, Oct. 14, 2021. ( /PTI […]

Aligarh (Uttar Pradesh), Oct 14 : A government doctor, deputed in the Covid-19 cell in Aligarh, has been found hanging at her residence in the Ramesh Vihar colony. Circle officer Shwetabh Pandey […]